The latest submission for Curt's painting competition at Analogue Hobbies are these two companies of the 33rd Foot. No 2 Company lost 36% casualties and No 3 lost 66% - the worst for any Company in the British army during the 1815 campaign. 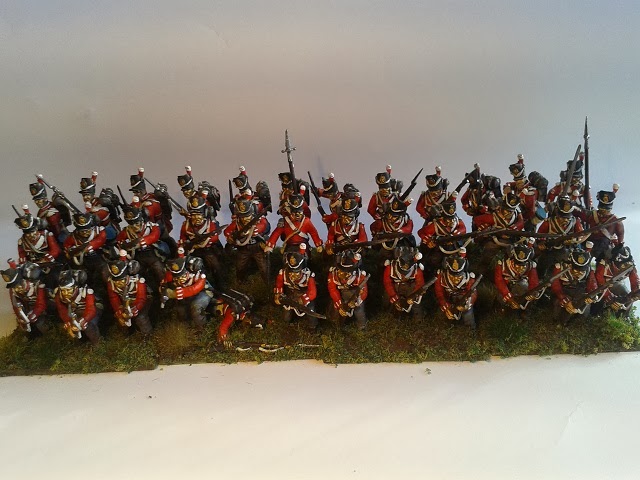 A common thought that crosses my mind when painting British infantry is "I wish I'd chosen the French instead". I seriously believe that if this project had been to replicate the French army at 1:1, I would have finished already. I reckon one could do at least 10 French figures in greatcoat (especially if also wearing a covered shako) for the time it takes to do a single British infantryman - the endless white lace and webbing takes an age, the brown strap that goes around the blue canteen and so on. Even more time consuming are flank company men with those ******* winged epaulettes (maybe 14 Frenchmen in greatcoats?) and worse still a kilted Highlander (maybe 20 Frenchmen?). 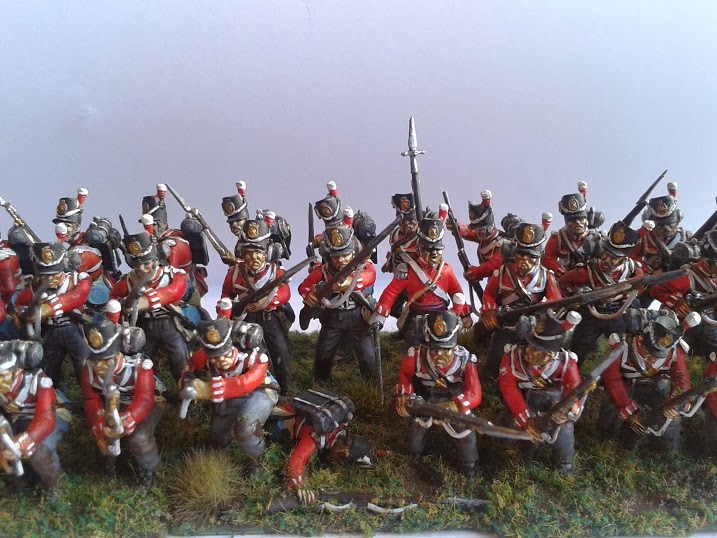 Shouting orders here is Lieutenant Samual Pagan of No.3 Company. When not forming square to see off the French cavalry attack, the regiment were ordered to lie down to avoid casualties from the French artillery barrage. 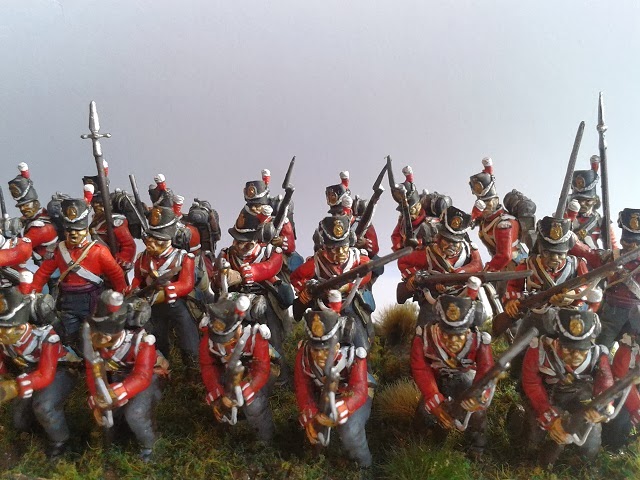 “ When in this prostrate position it so happened that Lieutenant  Pagan, Captain Trevor and Lieutenant  Hart were lying on the ground close to one another in the centre of the square. I was standing up, much interested in what was going on to our left, when a missile, supposed to be the fracture of a shell, hit Hart so severely on the shoulder as to cause instant death, and, passing over Trevor, scooped out one of Pagan’s ears.  He got up staggering and bleeding profusely when I, with other assistance, placed him on a bearer to carry him to the rear.  The men thus employed had hardly left the centre of the square when a cannon-ball hit one of them and carried off his leg.  Another man took his place.” 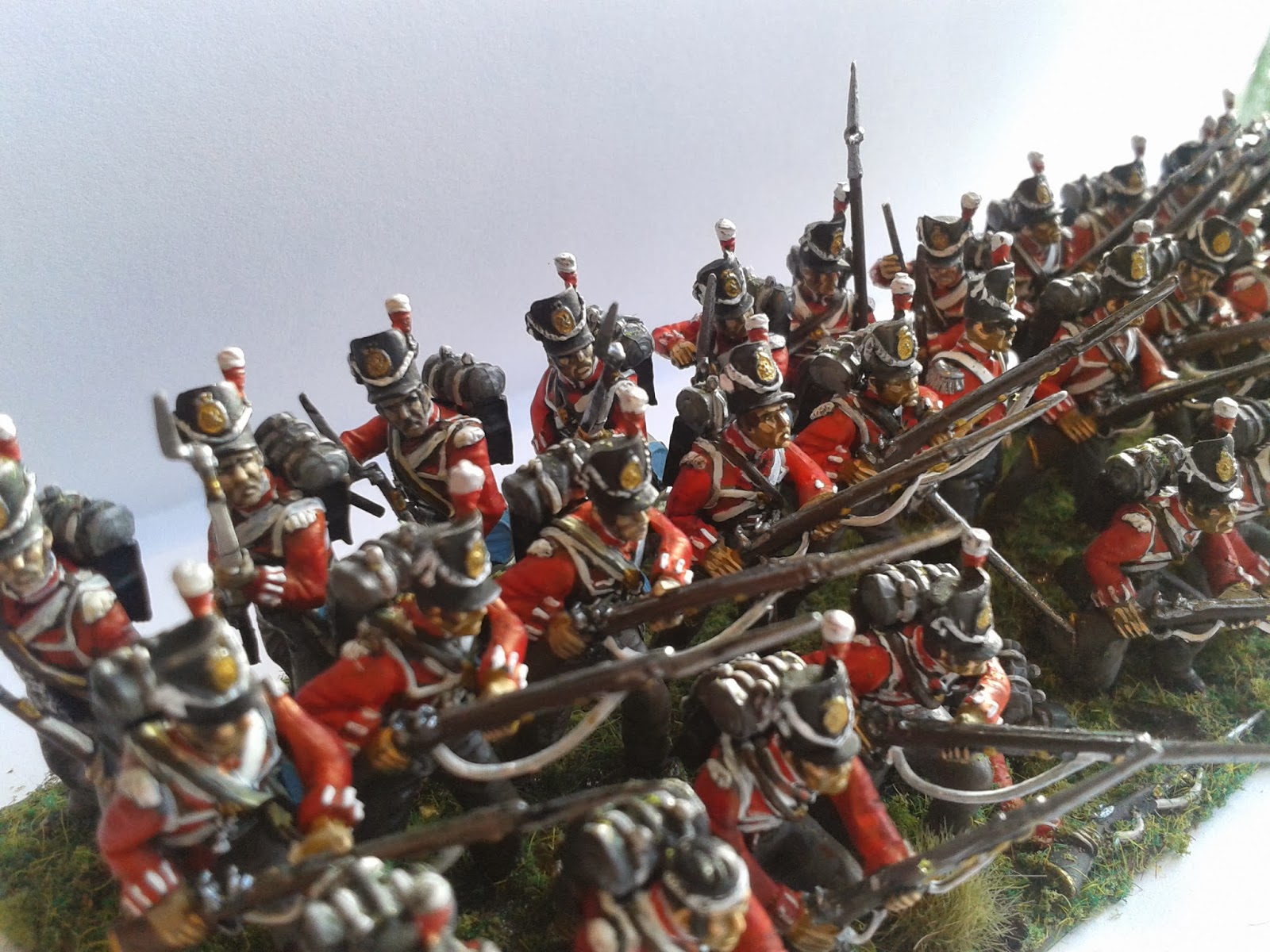 The unfortunate Pagan later gave up the military life and became a doctor in Edinburgh. 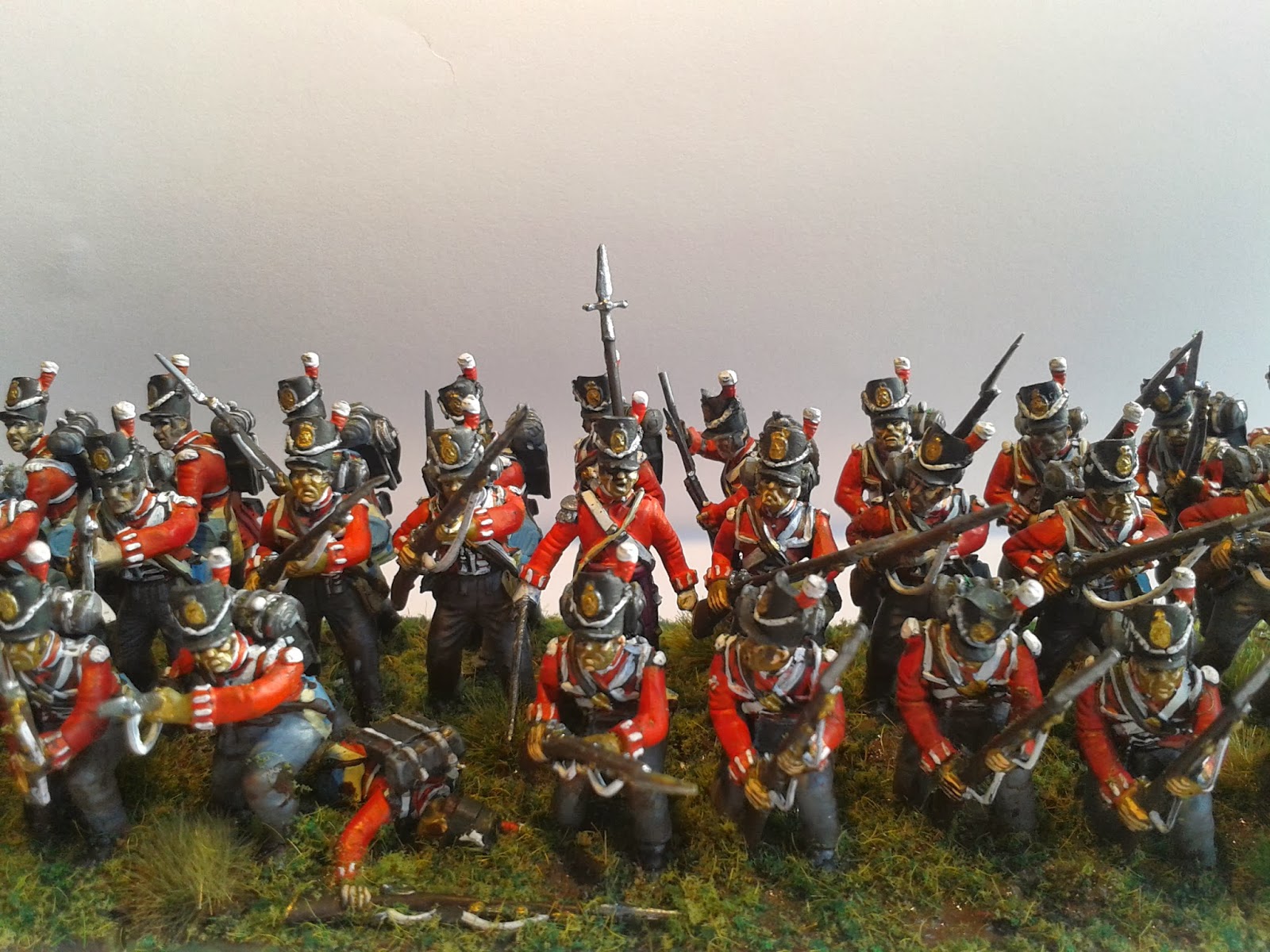 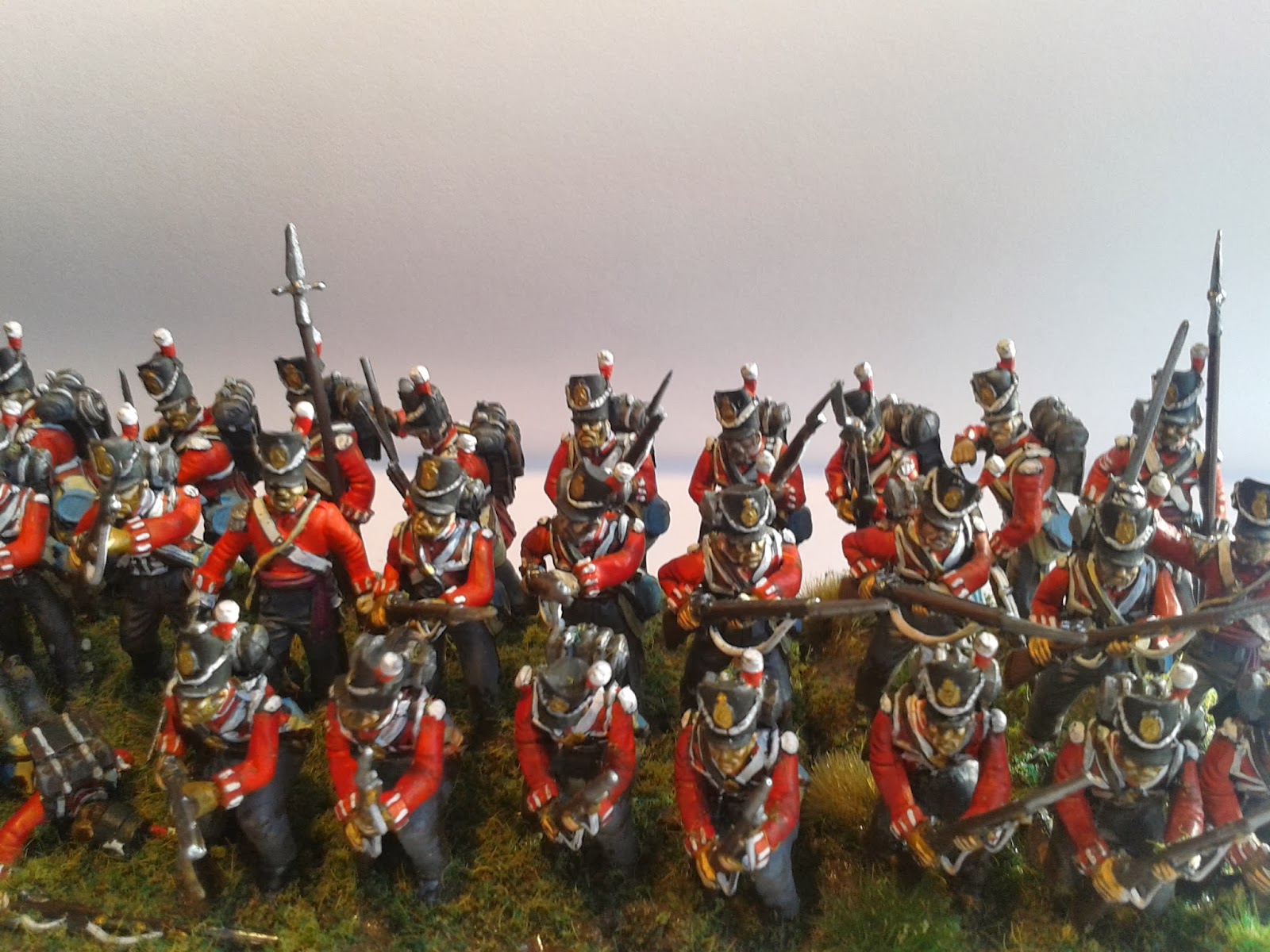 No.2 Company had lost one man killed at Quatre Bras, and a further five men were killed at Waterloo. A further four died of wounds. The 33rd (West Riding) Foot was unusual in that it contained large numbers of men who actually came from that county. For example, the men killed in action at Waterloo were: Privates Michael Slim (Hathersage, Derbyshire), Elijah Carter (Halifax, Yorks), John Ramsden (Halifax, Yorks), Ralph Marsh (Tilsley, Lancs), William Dryden (Yorks) 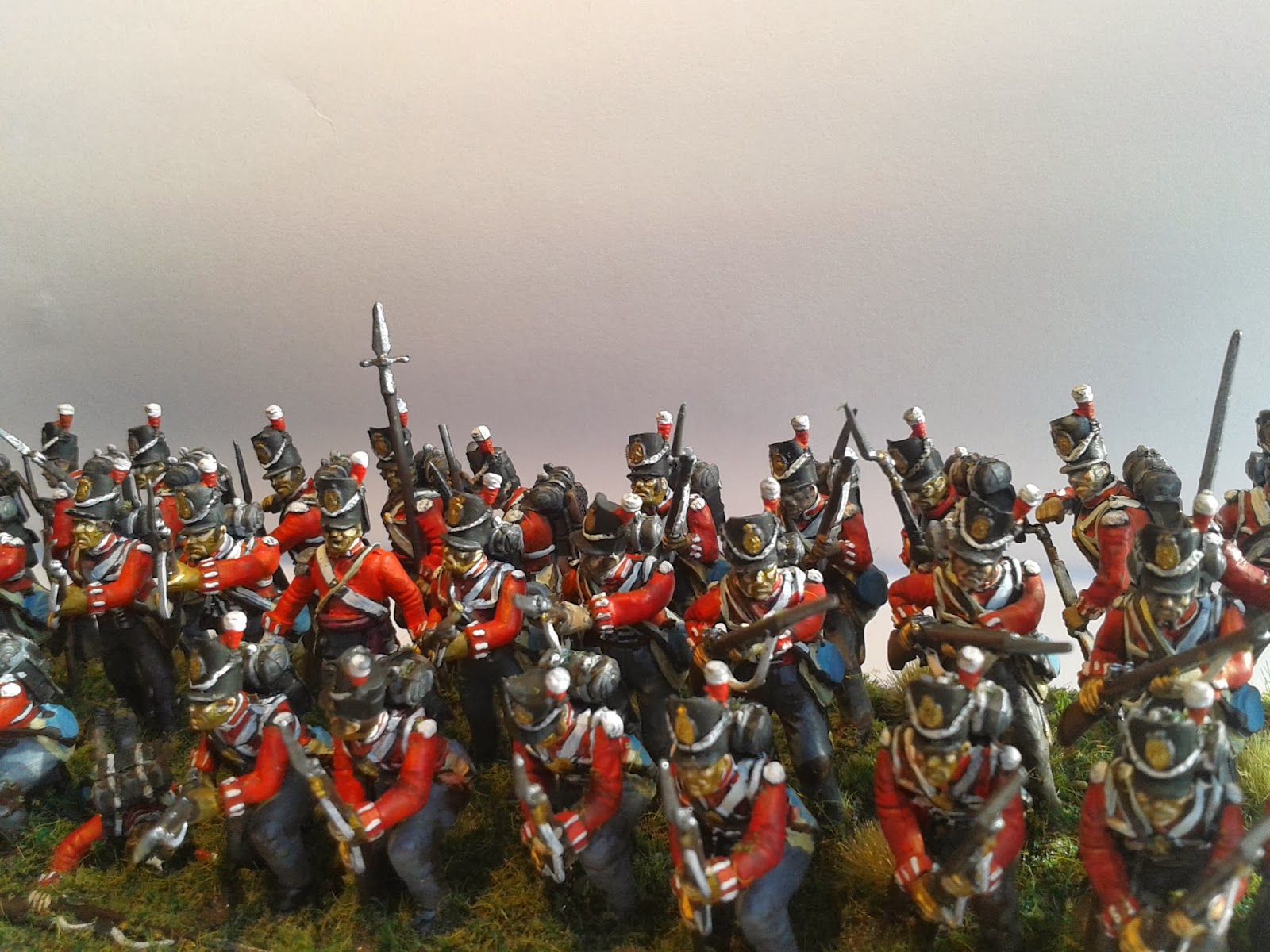