Waterloo casualty waggon and other projects

Bit of a mixed bag coming up - I've been busy with Carl's competition at Analogue Hobbies, working on Halkett's Brigade.

I was very pleased to be voted into runner-up place in the vehicles round for this waggon full of wounded. Incidentally, just as  I prefer the 1815 spelling of Serjeant when referring to anyone with three stripes at that time, so I am going to obstinantly spell waggon with two gs as was normal until a century ago.
I've always wanted to build up the cluttered roads of the rear echelon area, waggons and carts etc. but am usually put off by the price (Perry waggons are lovely but I just can't afford more than the occasional Christmas treat to myself).  Another thing is that even the larger waggons on offer are too small for the large baggage waggons I have in mind. 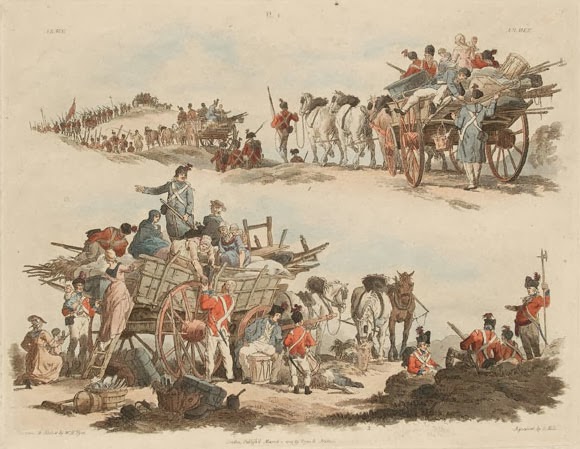 Sketches from the period show huge baggage waggons, usually "appropriated" from local farms. So I set about building my own massive waggons and this is the first completed vehicle to roll off the production line. It was all scratch-built using card (old Perry boxes!) and matchsticks. 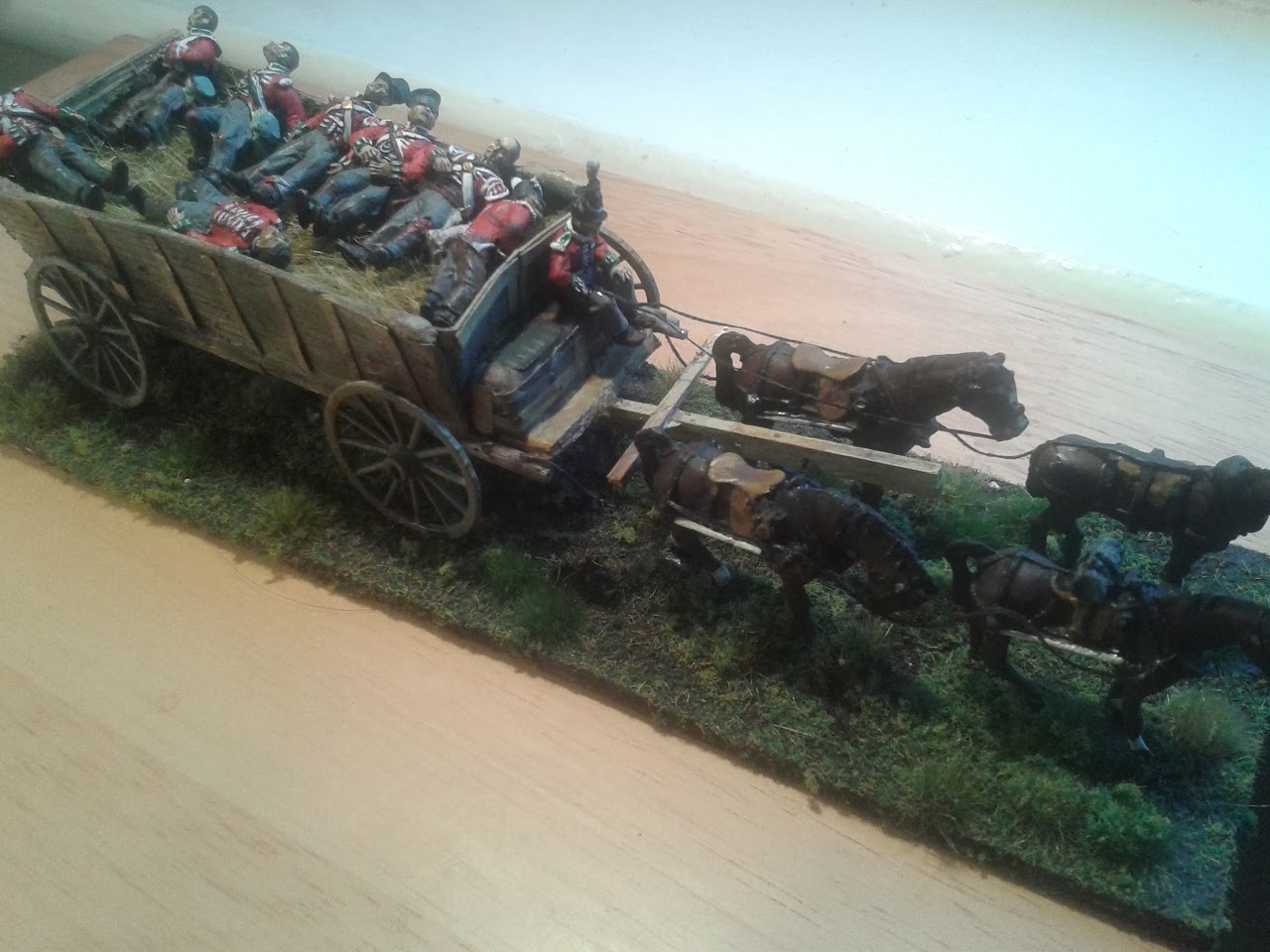 The wheels are spares from Victrix artillery sets, pulled by a hotchpotch of spare horses/mules. The harnesses/traces are cotton thread glued on. 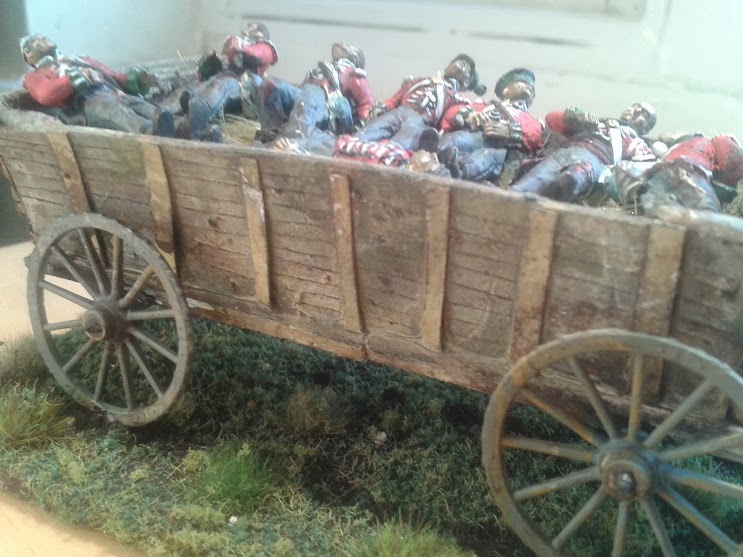 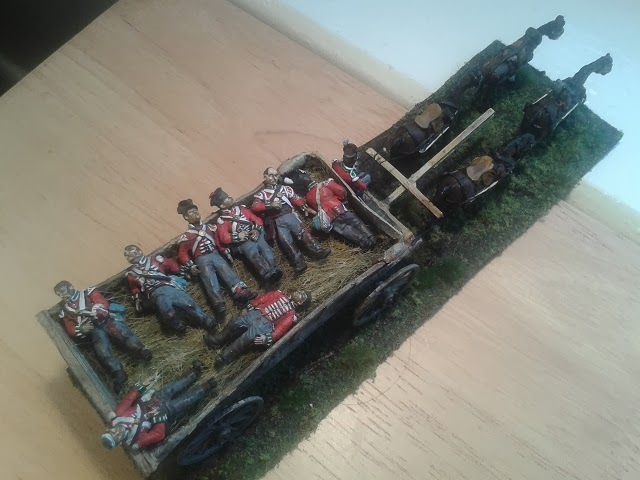 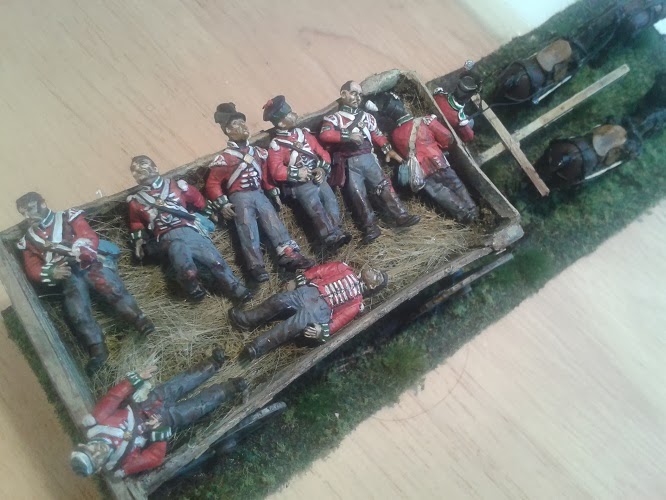 Next up are are two more companies in square - this time the remnants of No.2 and 3 Companies of the 69th Foot.  As before the figs are Victrix with a couple of Perry arms here and there. 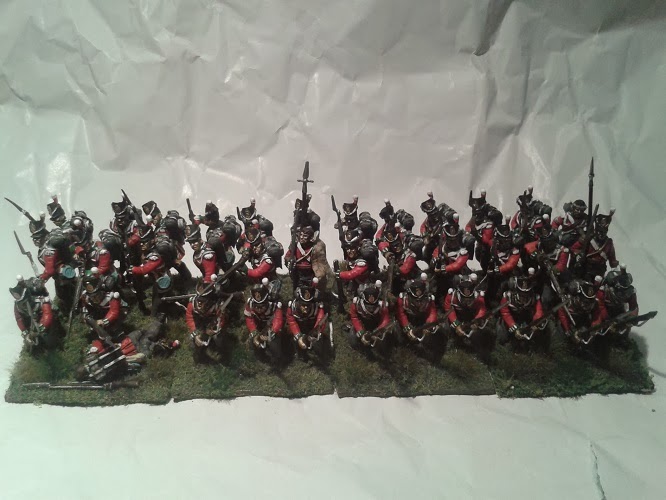 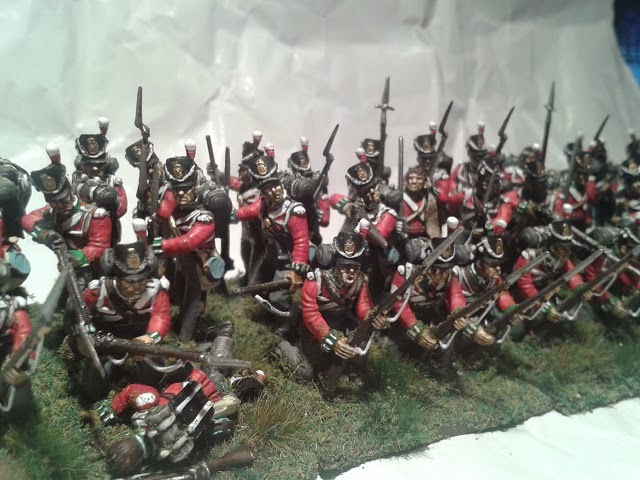 Captain Charles Cuyler, commanding Number 3 Company, has lost his shako at Quatre Bras and is wearing a greatcoat slung over his shoulder. He was the son of a general and was promoted to Major in 1817. 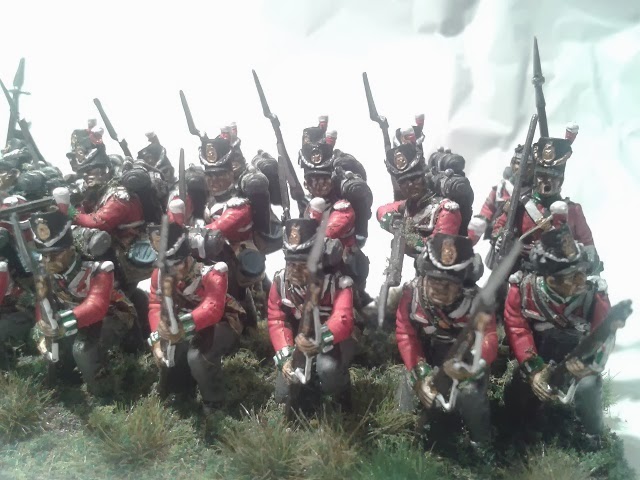 Number 2 company had 16 casualties from a nominal total of 54 while Number 3 company lost 35 men from 61 - one of the worst rates for any British unit at Waterloo. Add to these figures the rear echelon men, plus all those charged with carrying wounded officers etc to the rear, and the 18 men shown here might even be too many!

Last but not least is Major Harry Smith of the 95th who, aged 28, was Brigade Major for Lambert's Brigade at Waterloo. From Whittlesea, the son of a surgeon, he had joined the Rifles in 1805 and served at Buenos Aires, Copenhagen, the Coruna campaign, then throughout the Peninsula from 1809 until the end of the war in1814, Bladensburg, Washington and New Orleans. 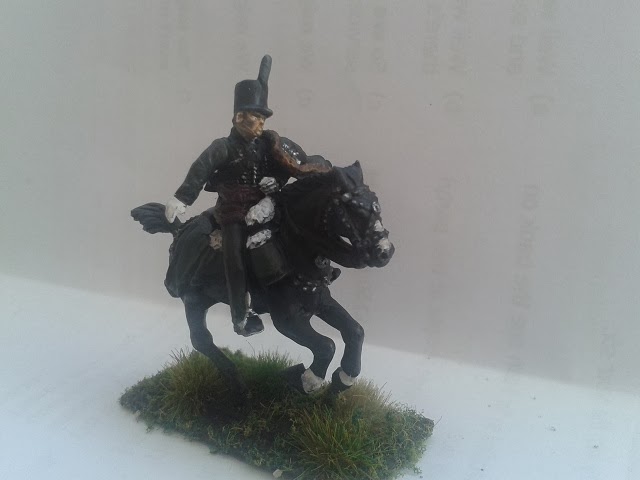 Amidst the murderous carnage at the fall of Badajoz in 1812, Smith had rescued two young sisters and later married the younger, Juana Maria de los Dolores de Leon. She would follow him throughout all of his campaigns including Waterloo where she searched the battlefield for his body, having heard that a Rifles officer acting as Major of Brigade had been killed (it was another Captain Charles Eales, Brigade Major for Kempt) Smith was wounded at Waterloo but survived to command a division in the Kafir War of 1834 and then to the Gwalior campaign in India after which he became Sir Harry Smith. In the First Anglo-Sikh War he was given his own command and in 1846 inflicted a crushing defeat on the Sikhs at Aliwal. He returned to the Cape Colony (South Africa) in 1847 and appointed Governor General. He fought the Boers at Boomplaats in 1848 and the Xhosa in 1850 and the town of Ladysmith was named after Juana Maria. 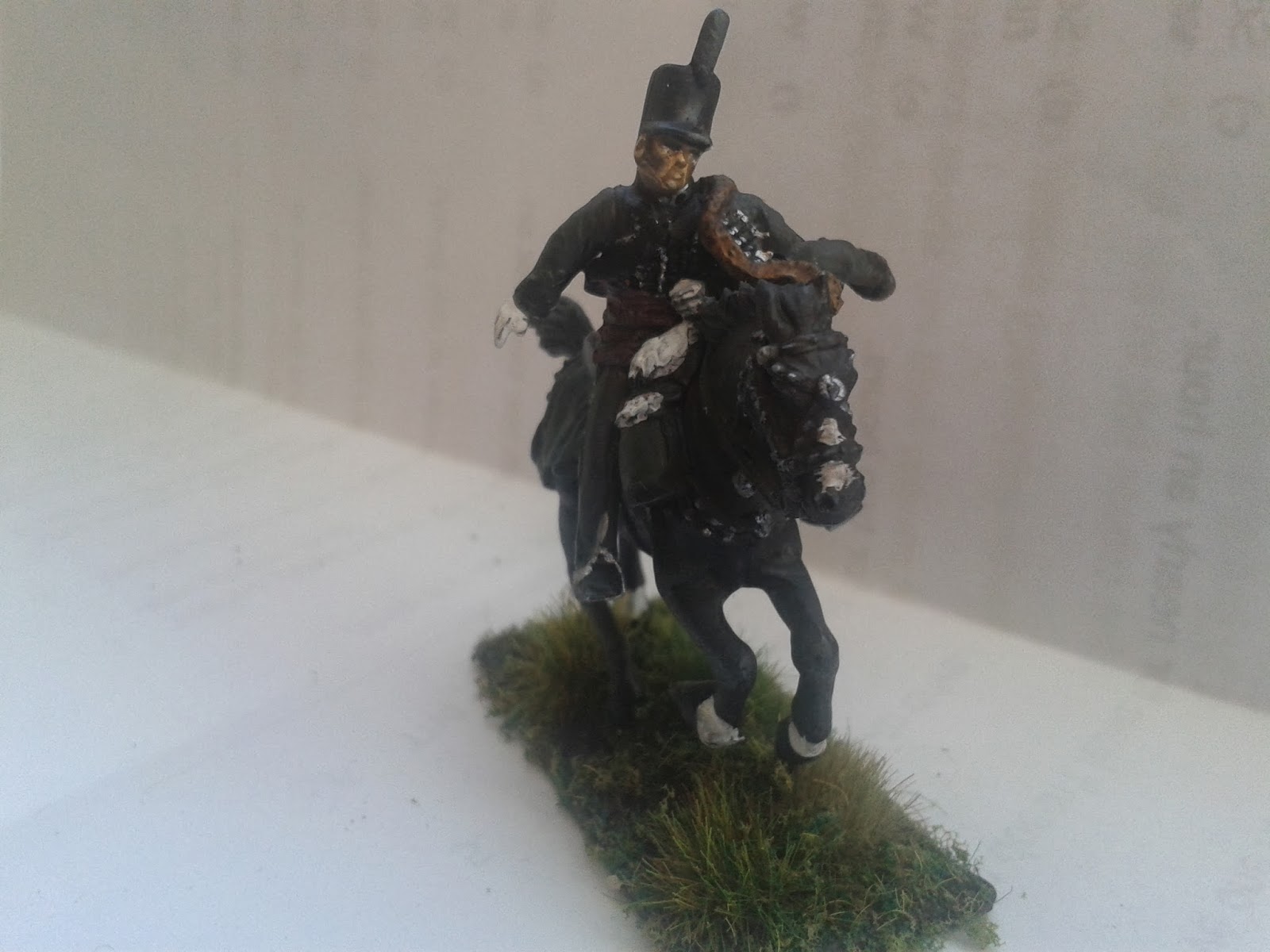 He returned to England and died at his home in Eton Place, London in 1860. He is buried at Whittlesea.

A common gripe of mine is that the choice of staff for 28mm British Napoleonics is virtually zero. The Perrys make no ADCs, nor any of the other many types of staff officer. Victrix make none. Front Rank make two ADC figures. Foundry have a couple as part of their ludicrously priced staff set (and I don't need yet more Pictons and Wellingtons). So this figure was cobbled together using a Perry hussar figure with a Rifles head.
Posted by Lord Hill at 12:10