Work on Halkett's brigade continues with the Light Company of the 69th (South Lincolnshire) Foot. I put them all on one base as I will eventually with the light companies of the 30th, 33rd and 69th with whom they skirmished as a "Flank Battalion" at Waterloo under the command of Major Charles Vigoureux of the 30th. 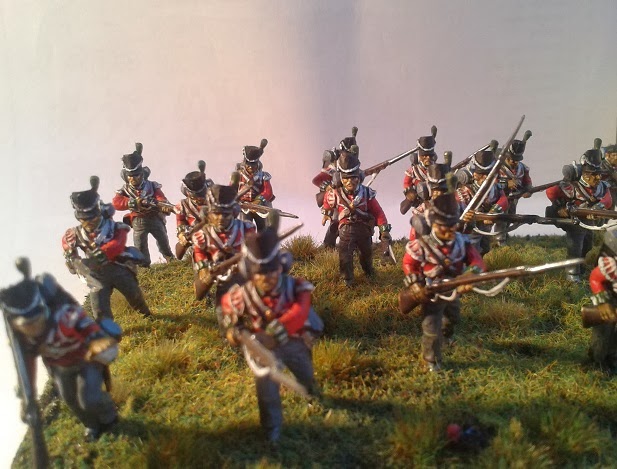 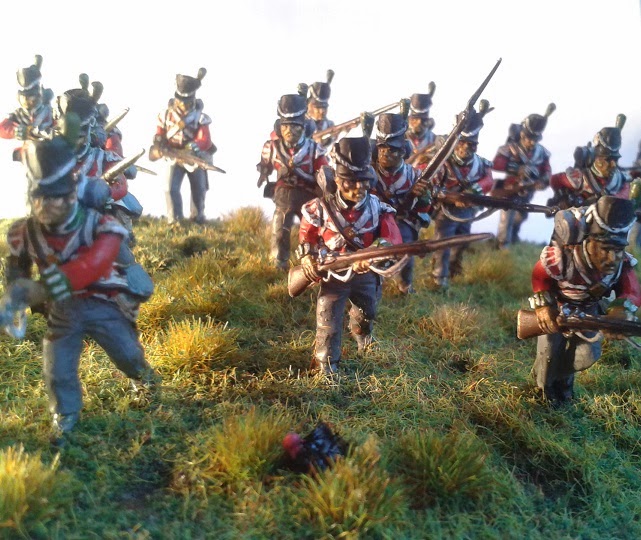 Of the 59 men of the Light Company 24 were casualties with 8 of those killed or dying or wounds; a casualty rate of 41% (which would in fact be higher were the number of rear echelon men taken into account). Of the 8 men killed 5 were English, 2 were Scottish and 1 was Irish. 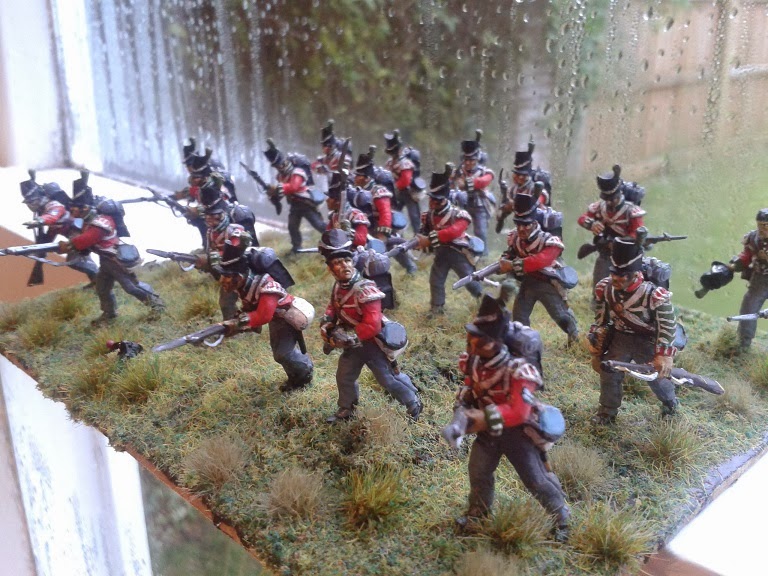 In the foreground we can see Corporal Richard Williams of Rathdrum, Wicklow - one of the older men in this young regiment, aged 41. Behind him comes bugler Thomas Walsh, another Irishman from Cavan. 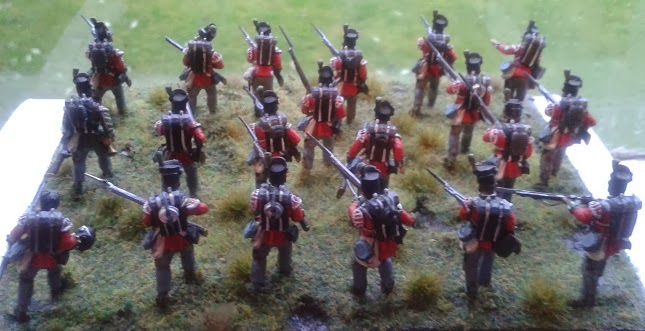 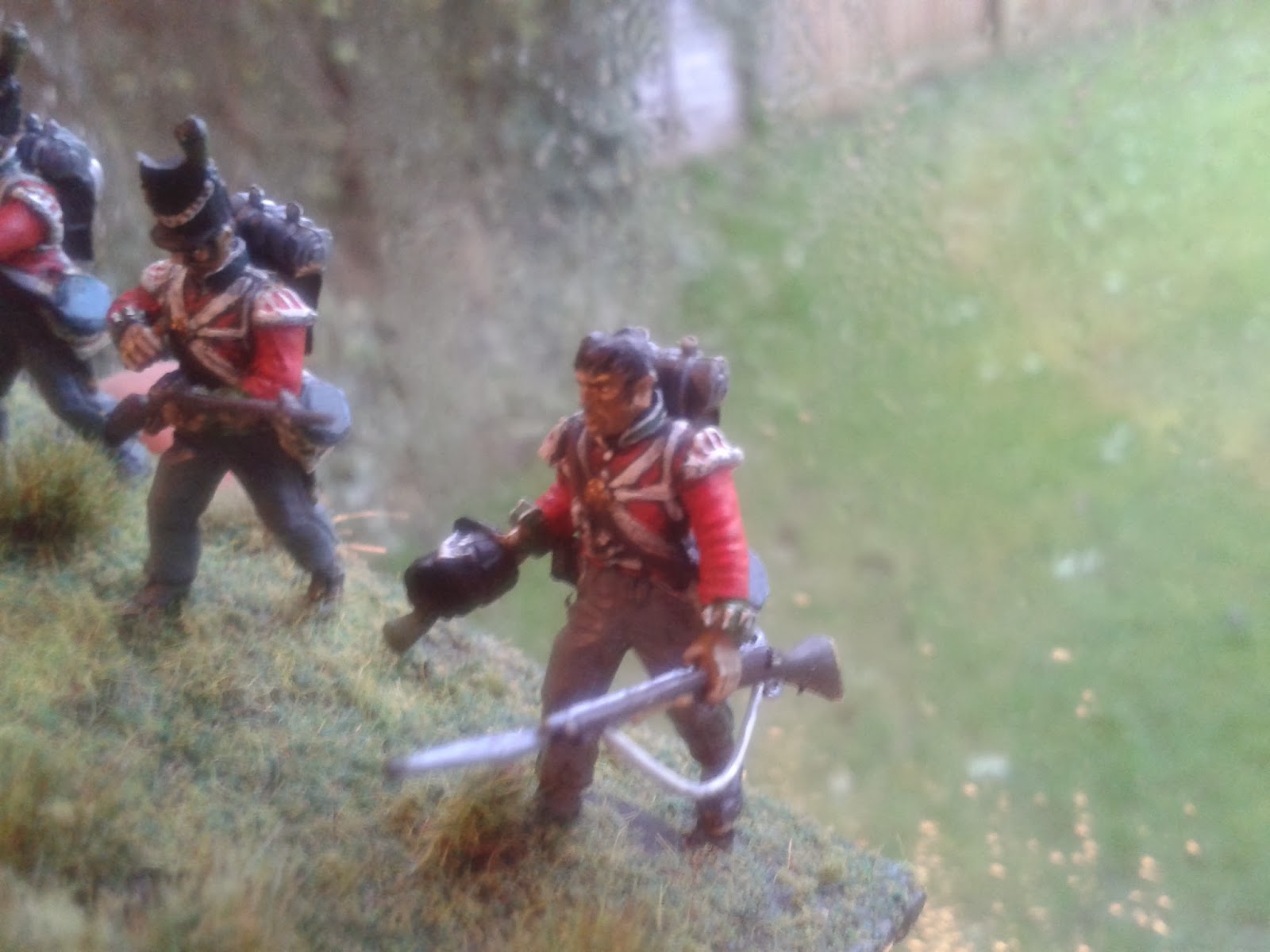 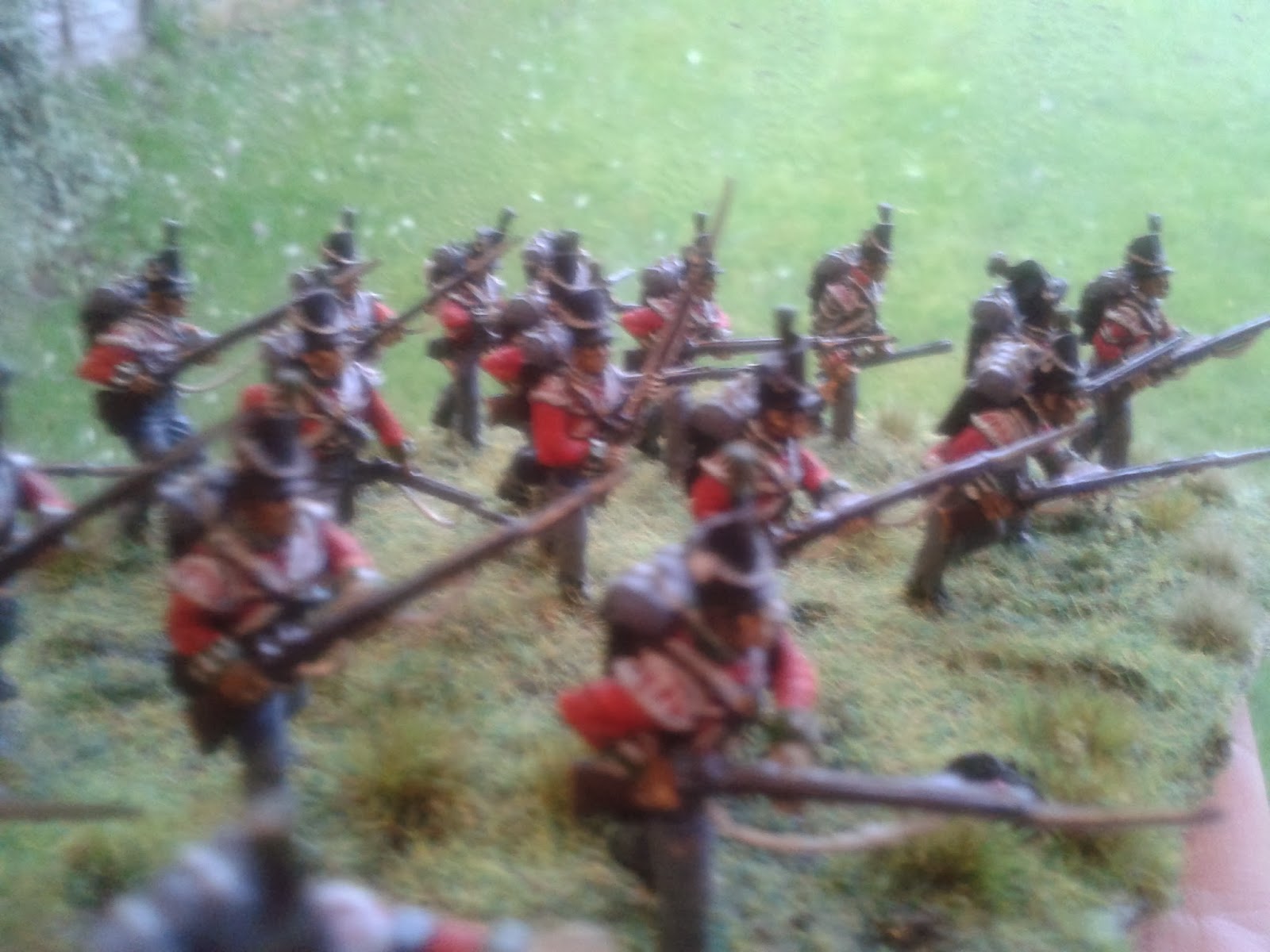 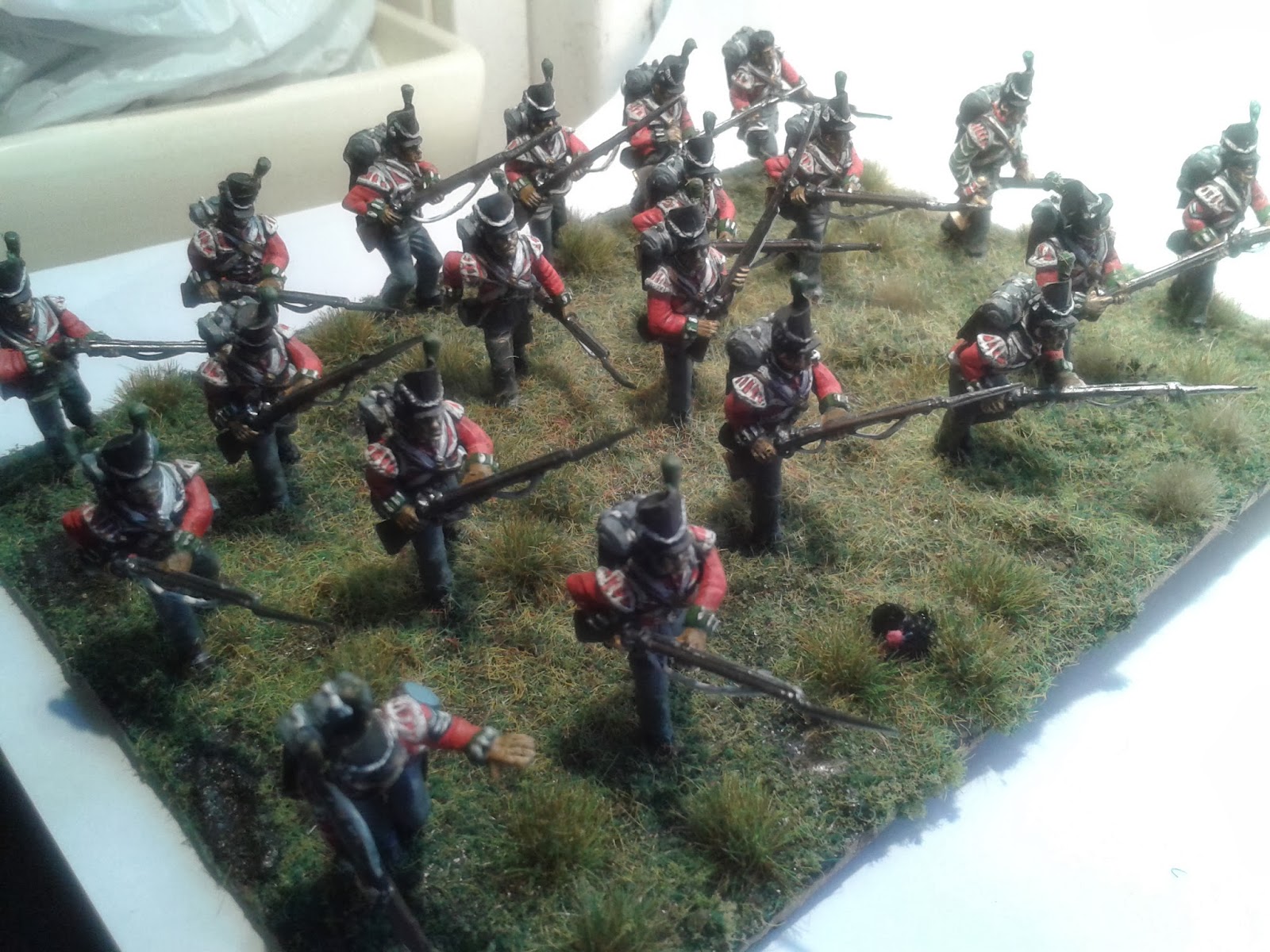 The figs are mostly Victrix with a few Perry legs and arms thrown in for variety.