Here are 2 companies of the 71st (Highland) Regiment of Foot, part of Adam's Light Brigade at Waterloo. Spared Quatre Bras, the Brigade were fresh at Waterloo and, along with the 52nd and 95th, an extremely experienced veteran unit.

The 71st had been fighting Napoleon at Rolica in 1808 and since then had seen action at Vimeiro, throughout the Coruna campaign, Fuentes D'Onor, Vitoria, the Pyrenees, Nive, Nivelle, Orthes, and Toulouse. At Waterloo they had a nominal role of 841 (of whom around 760 would probably have been in the field). I have therefore gone with companies of 60 other ranks plus officers, serjeants and buglers.

Although their record of service was one of the finest in the British Army, and their behaviour at Waterloo in general superb, it would seem that the long years of fighting had taken their toll and many of the men were at breaking point.  After years of hard fighting and terrible hardship in the Peninsula to be asked to continue in some new theatre of war without respite was asking too much of some men. One soldier had written of his feelings upon returning from Spain only to be boarded on a ship to America, “I wanted but a few months to be free. I sought my discharge, but was refused. I was almost tempted to desert. I lamented my becoming a soldier” Such sentiments cannot have been unusual.  In the occupation of Paris following Waterloo 12 men who had fought at Waterloo deserted. 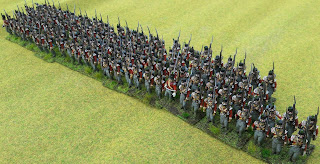 Despite the title “Highland” this regiment was not “Scottish” in the way of the 42nd, 79th or 92nd; the 71st had abandoned the kilt for trousers and the bonnet for the shako, albeit adorned with a tartan band.  Furthermore, the proportion of Scotsmen was not so great, the proportion being: 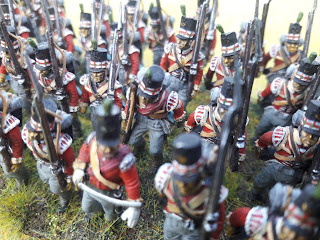 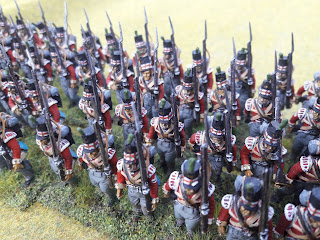 "Highland" was also pretty unrepresentative of most of the Scotsmen in the battalion, the majority of whom were from Glasgow or Edinburgh.


p.s. I've recently been very distracted by the lovely new Perry brothers Chasseurs a Cheval. I've now got lots of spare pre-1812 torsos and hungarian boot legs. If anybody has spare 1815 torsos and overall legs please get in touch (info@waterloomen.com) and we can swap!
Posted by Lord Hill at 05:02