So...six months to go. I will of course need at least another 20 years to complete this daft idea but I'm going flat out to try and get as much done by June 18th.

Since the last posting real life has been pretty busy what with Christmas and New Year (the latter amidst the mad carnage of Berlin) but I've managed to finish the 44th Foot. Unfortunately the only pics I took were a few bad work-in-progress. 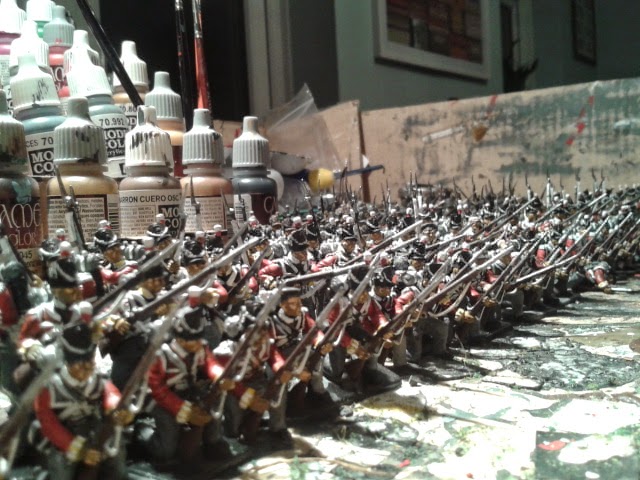 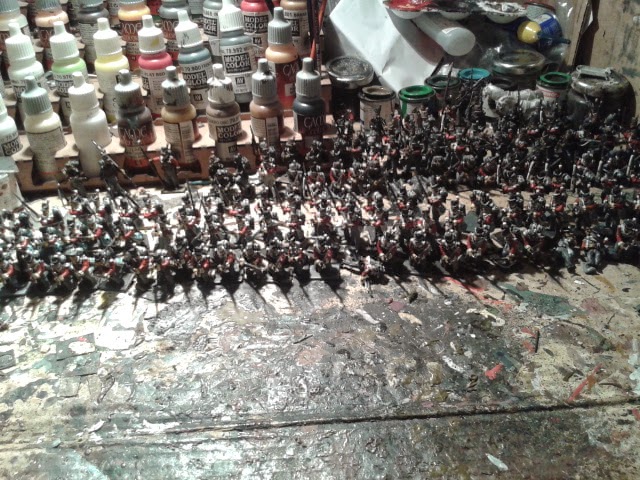 I've also been working on Pack and his ADCs with the aim of putting the whole completed brigade together soon (1st Foot, 42nd Black Watch, 44th Foot, 92nd Gordons). Will post some pics of these soon hopefully.

The lead/plastic mountain keeps growing, picking up bargains here and there and also thanks to a) my wonderful other half and my Christmas/birthday presents and b) the great generosity of Steve at Victrix who sent me two boxes of sprues and which have already been assembled and designated to those units where they are most needed! It's like a recruiting depot where men are assigned to various units depending on whether they're kneeling, running, marching etc! I was really touched by Steve's kindness. Not sure what I will do with all the Highlanders in the box - I had more or less just finished all 3 of the Highland regiments at 1:1, though the kneeling guys were much needed to compete a square. I think the 92nd was missing a company or two so they will probably be assigned to them. Oh no! More tartan!

Just before Christmas I also got some Westfalia figs - I remember suggesting British surgeons a while ago, so feel very pleased to see these beauties. Again, only work in progress but you can see what nice sculpts these are. 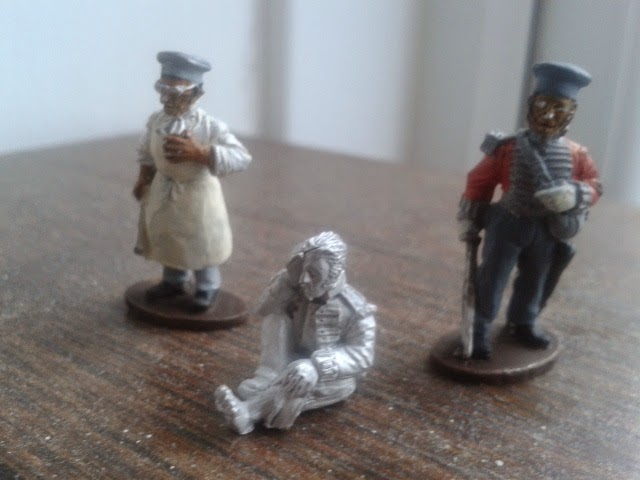 These came with several other goodies which I will review properly soon.  I said I would also send the guys at Westfalia all the uniform data I can find on British ADCs/DAAGs/AQMGs etc with the idea that they might make a set soon, so I've been busy doing that.  Fingers crossed! Look at the range of staff available for the French, Prussians, Russians, and it's amazing that there is currently almost nothing for the British.

Further great news is that plastic Light Dragoons are in the Perry pipeline. I will need over 3000 of these eventually so that's quite a few boxes...I believe good prices can be had for a kidney in some parts of the world. I would have liked these to be standing rather than galloping but am certainly not complaining. Now all we need is British heavy cavalry in plastic... 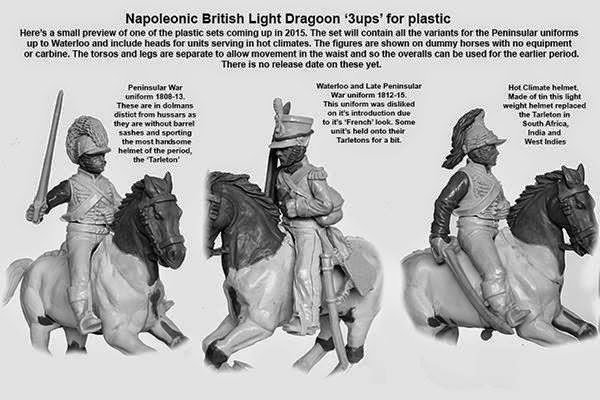 Currently on the workbench are the last 50 or so men of the 28th Foot. These will complete the regiment in firing line, with companies of 30 strong, so 300 figs in all. Steve at Victrix made some shako plate transfers for them (they had a special "28" design) so when I finish painting I will try to add this mad number of transfers. I imagine there may well be some choice language as I fiddle with tweezers for days on end. Anyway, here's the last bad pic of the day: 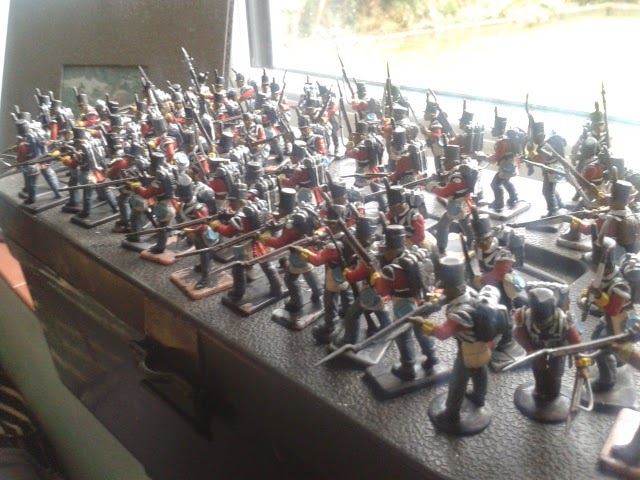