I thought I had more or less finished all the Highlanders at Waterloo but a quick rollcall of the 92nd shows that I was settling for companies of 20 where companies of 32 (or more) would more accurately reflect their post-Quatre Bras strength. 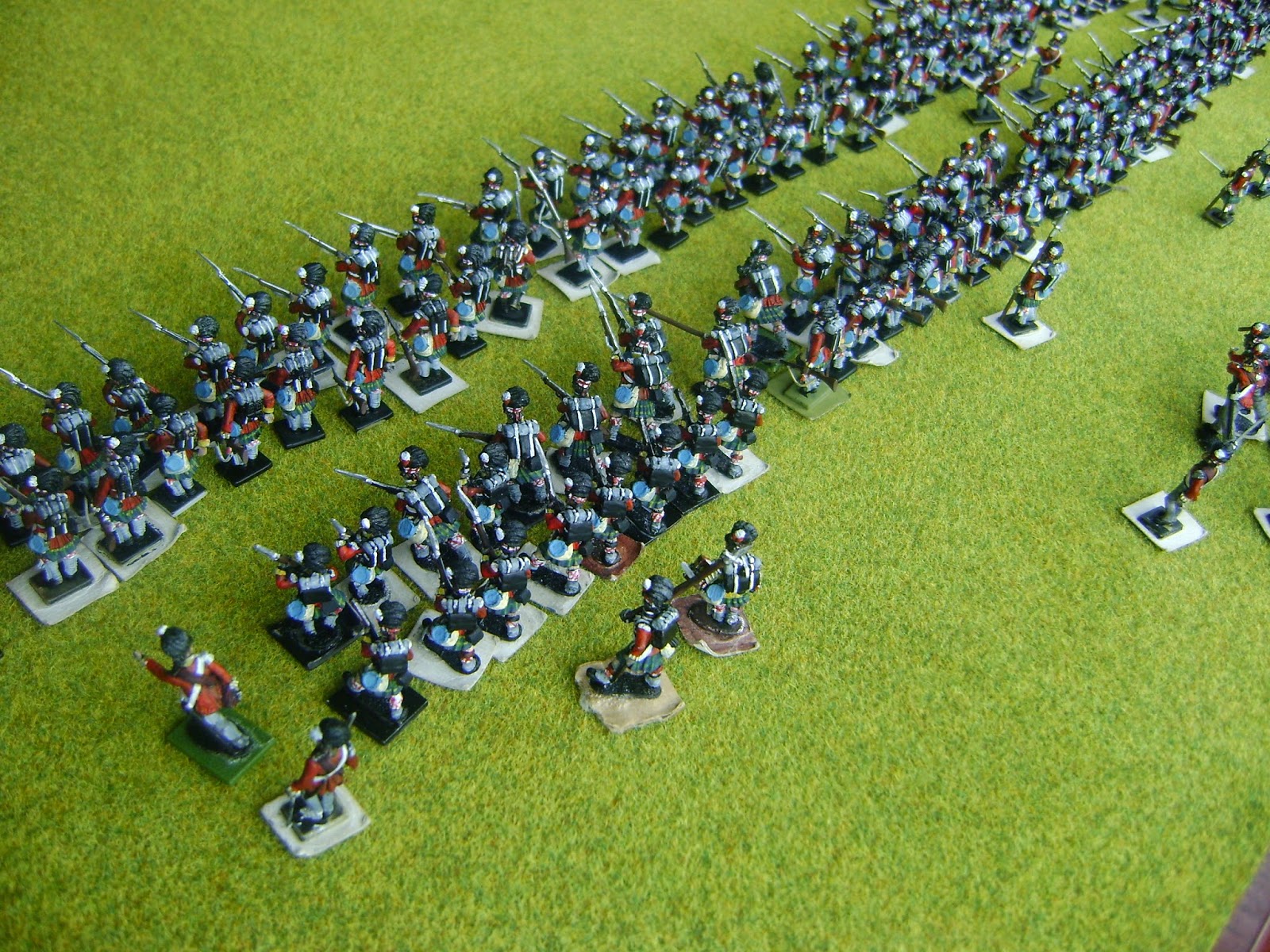 I recently received a very generous gift from Steve at Victrix in support of my lunatic project in the form of a load of Highland sprues so I decided to bolster the ranks of the Gordon Highlanders.
A box of Victrix Highlanders consists of a variety of poses so I have allocated the kneeling/standing to my square of Black Watch, other standing to a firing line of 79th (Camerons) and the running figures to a hell-for-leather-Scotland-forever charge of the 92nd (perhaps clinging to the stirrups of the Scots Greys?!) 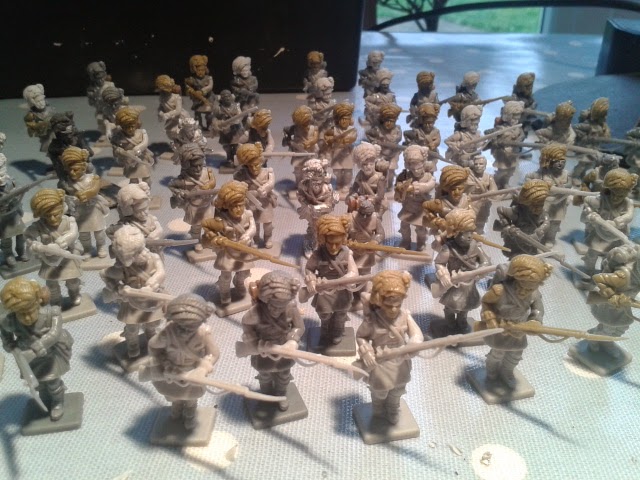 A slight problem arrises in that, as you can see in the pic below, the offices and serjeants, are pretty static and look odd when placed alongside the charging other ranks. 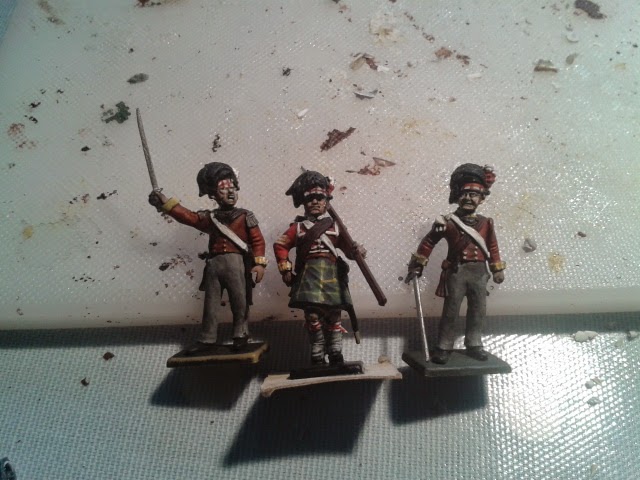 One solution is to use Perry who do a nice charging command set, so I'm sorted for Ensigns carrying the Colours.  Fronk Rank also have some officers and serjeants as shown below who look great leading the Victrix hordes. 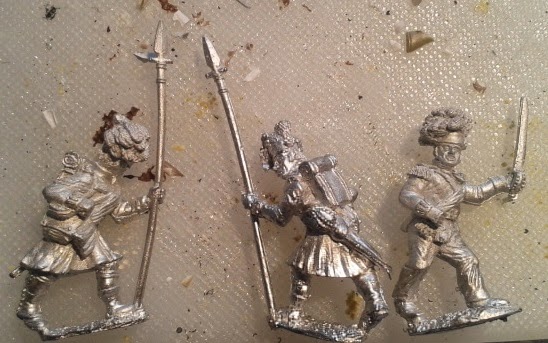 But I don't like too many duplicates, preferring unique figures where possible so I decided to set to work converting Victrix plastics. 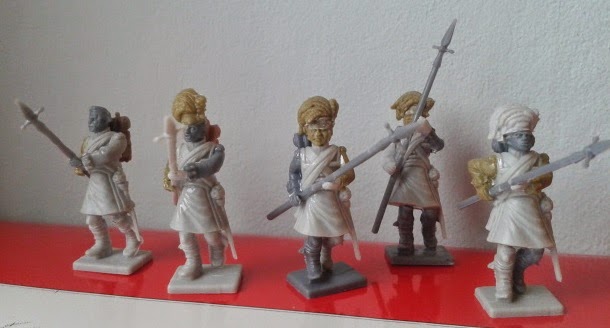 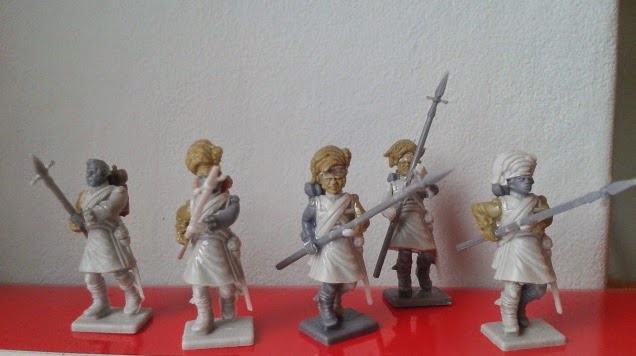 These were done by taking the charging arms of ordinary figs, cutting out the musket, chiselling off the hands from a serjeant's pike and sliding it back into the hands. To make running serjeants I cut off the legs of some running figures and glued them at the knees to the underside of the serjeant's kilts (and then reveresed the procedure so no men go to waste!) I'm happy with the results - they'll look fine when mixed in with the massed ranks.

I also made two officers - these were done by adding the top half and sash tails of a highland officer to the running legs of ordinary Brit soldiers (plus a bit of tidying up, green stuff, and sword scabbards). The Perry French casualty set contains a great figure of a French officer falling wounded but no British equivalent exists as yet so I had fun making the chap on the left. 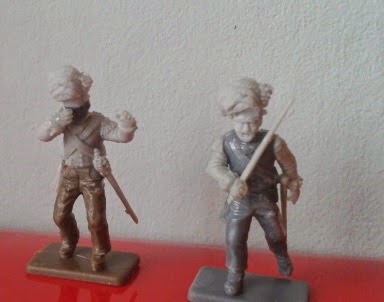 A look at my database shows that the 92nd had almost no officers left at Waterloo, nearly all of them having been killed or wounded at Quatre Bras. Thus, this chap may have to be the marvellously named Lt Ronald McDonald, possibly the only officer wounded on the 18th June. He was awarded £70 for his wounds and later served in India, dying in Bombay in 1845.
Posted by Lord Hill at 04:11