So here they are - all a bit rushed, and sort of finished - in almost every photo I've noticed a plume or nose or button etc. which I've missed! This is a bad habit of mine - I'm pretty patient, slow and methodical for the early stages of a project, but as I near the end I get bored and impatient, excited to get on to the next job, so I end up hurrying through the final stages (basing figures which haven't been properly finished) and thus there's lots of little bits which I'll need to go back and fix one day. Even after the carnage of Quatre Bras, these 270 are probably a bit understrength for Waterloo so I will also one day add some more men. I have actually painted another 60 rank and file but I just don't have enough kneeling figures. If anyone has any (French or British - all can be used with a bit a conversion), I'd be keen to buy them from you. 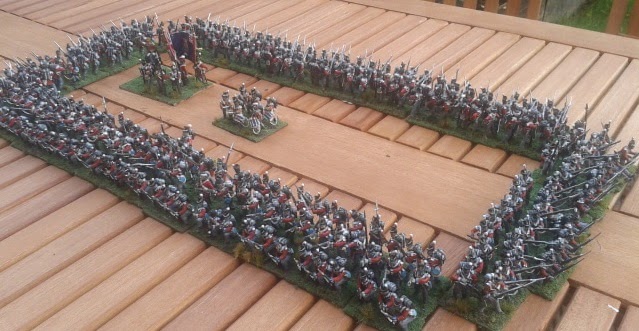 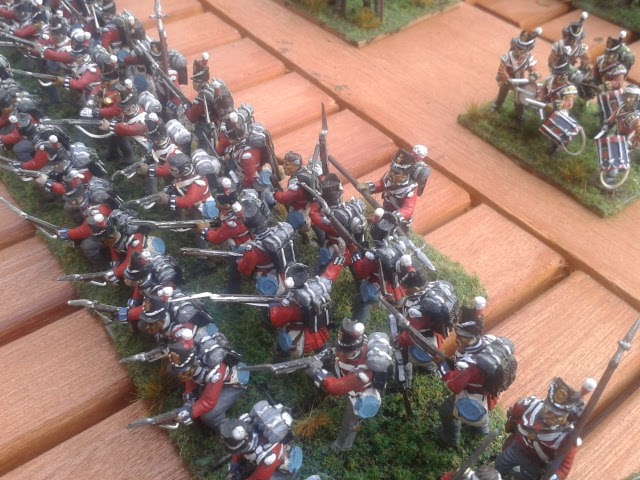 The rear rank of  2 Company being kept straight by Serjeant James Campbell. Campbell was from Comrie in Perthshire, served in the militia from 1799-1802 (the Breadalbane Fencibles) before enlisting in the 1st Foot in 1805 aged 27. He was wounded at Waterloo and was discharged in 1817 in consequence of this wound and opthalmia. 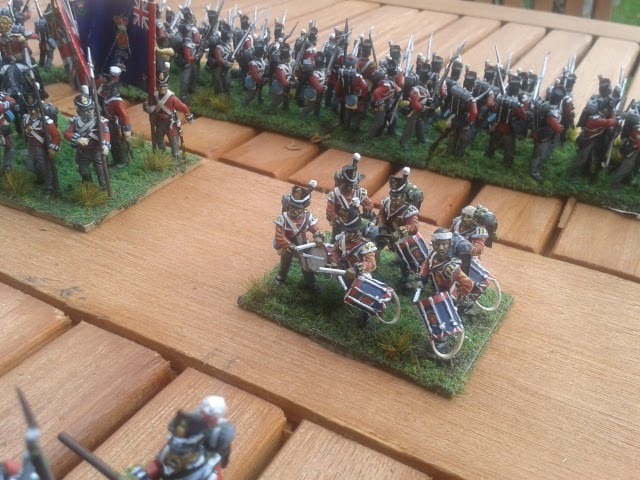 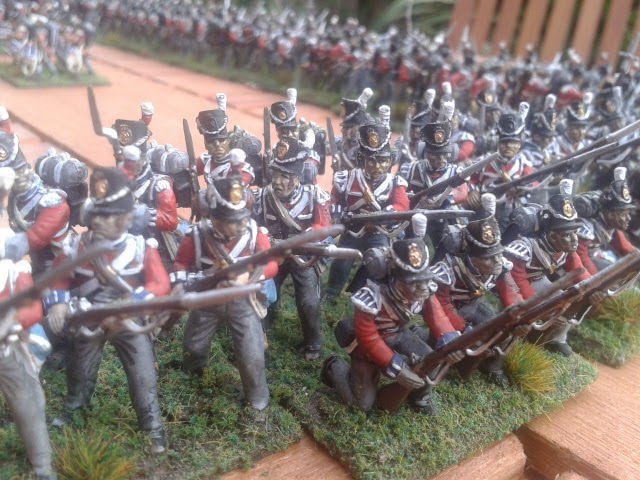 Some men of the Grenadier company. 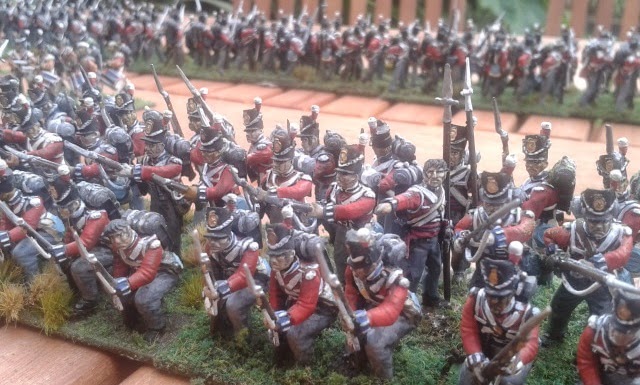 Serjeant Robert Buchanan points out which Cuirassier to aim for. Born in Glasgow's Gorbals, Buchanan was aged 33 at Waterloo and a veteran of Badajoz, Salamanca, Vitoria and San Sebastian.

Men of the Light Company. To the right is Captain Robert McDonald who commanded the Light Company and, from midday at Waterloo, on everyone senior being wounded, the regiment. He was himself then wounded in the evening. He later became the British consul in Belize and died in 1860. He is seen here talking to Serjeant James Ferrans, an Irishman from Monaghan. Kneeling in front, his shako lost at Quatre Bras (the cost of which will later be deducted from his pay!), is Private James Broman. Aged only 20 he was already a veteran of Vitoria, San Sebastian, the Nive, and Nivelle). 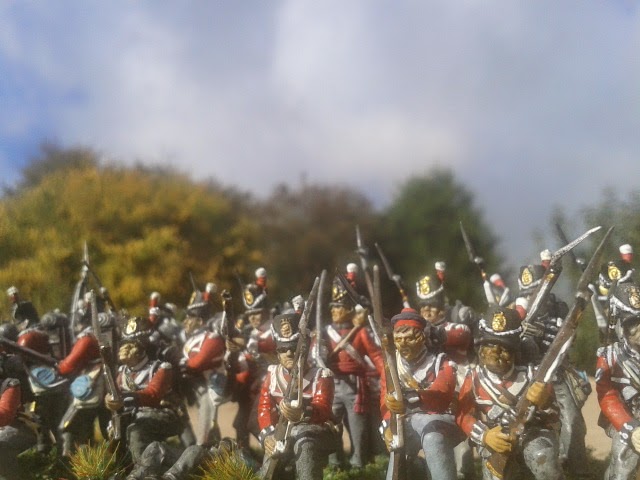 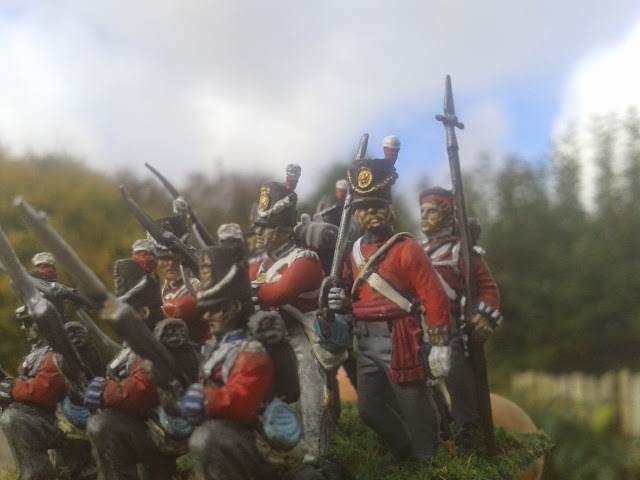 Lieutenant George Lane - lost an arm at Waterloo and received compensation of £70 for its loss.


So...what next?  The 28th Foot? Some artillery? Some Life Guards? I quite fancy a crack at the 15th Hussars...I do requests and children's parties
Posted by Lord Hill at 09:17