I've been working on these, the 7th Hussars, for ages. Things have not been helped by two cock-ups which  meant a lot of time wasted and a lot of time trying to fix things. Firstly, I tried to save time by spraying on an undercoat instead of doing it by hand. This resulted in a much too thick coating, which in some places destroyed a lot of detail - for example, the braiding on some of the pelisses. For the first time, I found a drawback with plastics - you can't just chuck them in white spirit and start again. Instead I found myself trying to pick out the detail but the overall result has been generally disappointing. Then, just when I thought things couldn't get any worse, I had a whole batch of Vallejo paints come out gloss - the dark blue I use, the "flat" red, even the black. Again, I had to go back to try to fix things, resorting to digging out my old Humbrol matt enamels to repaint the shiny parts.
All this has meant I've increasingly fallen out of love with this lot and probably rushed the end to get them based and move on to something new. One day, when I have stopped fuming, I might one go back and try to add some of the details I have hurried through but for the moment - this is yer lot! 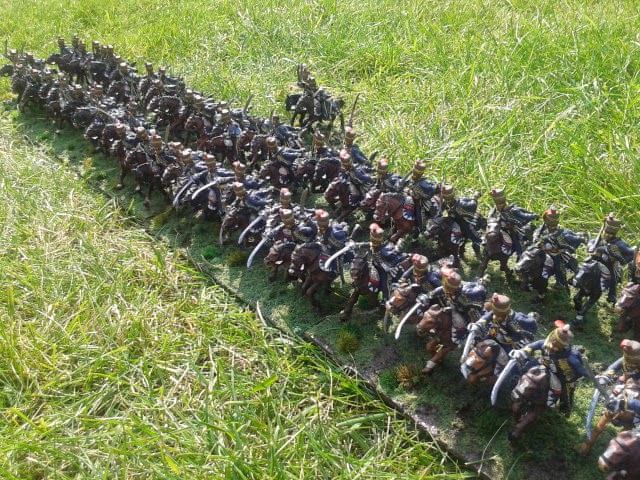 The 7th were the only British regiment to suffer significant casualties on the 17th June - the day between Quatre Bras and Waterloo. At Genappe they skirmished with French lancers, didn't cover themselves in glory, and ultimately needed the Life Guards to come to the rescue and send the probing French attacks packing. It was a filthy day, witnesses describing men and horses covered from head to toe in mud, so that the colours of their uniforms were indistinguishable. It would take a brave chap to try to recreate that in 28mm but I have tried to muddy up this lots' sheepskins, gloves etc. and take some of the parade-ground sheen off.

A nominal starting strength of just over 400 men (6 troops divided into 3 squadrons) would have been reduced by at least 100 in casualties and horses lost on the 17th. These 65 men therefore represent the approximate strength of one of the three squadrons remaining at Waterloo (so I just need to repeat the above another two times!) 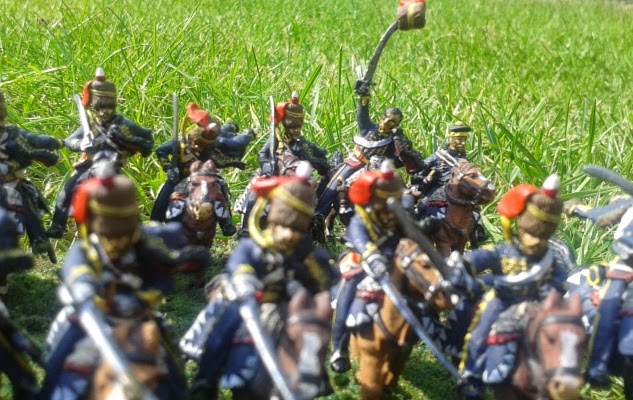 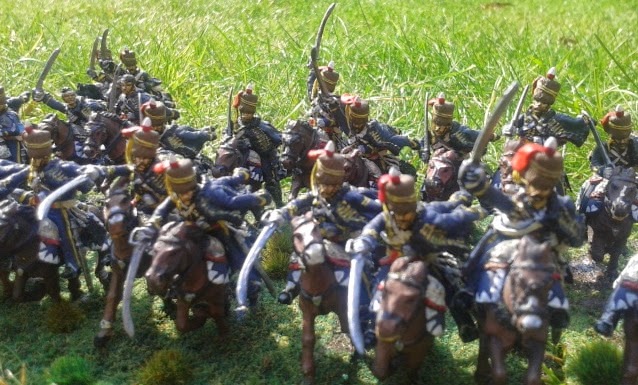 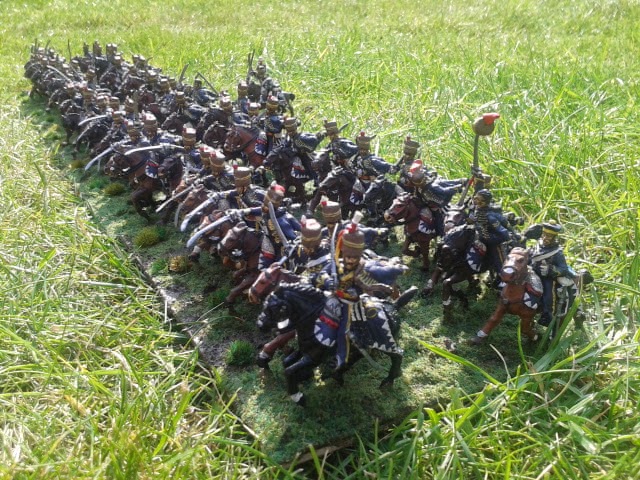 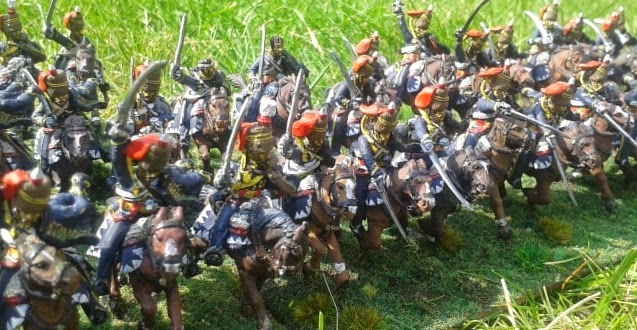 The Regiment suffered a particularly high casualty rate amongst its officers – all the Captains serving with the Regiment were wounded, in addition to Captain Wildman who was wounded while serving as a staff officer. 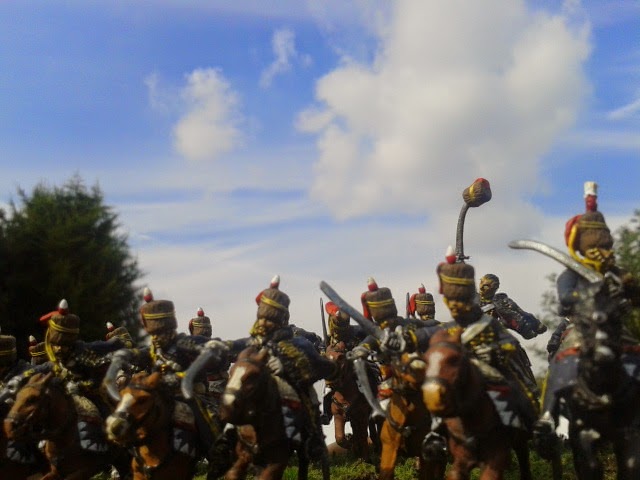 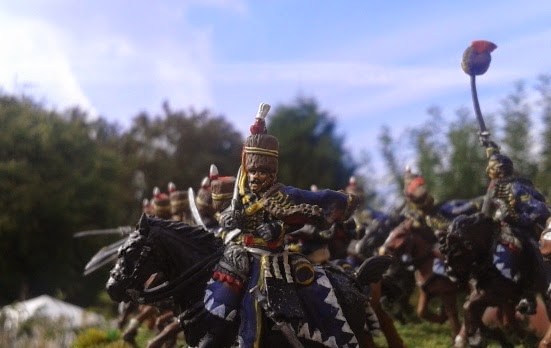 In the evening of the 17th the two armies took up their respective lines and minor skirmishers took place between various pickets.  In one such incident Captain Heyliger led his Troop in a charge. This was observed by Wellington who was so impressed as to ask for the officer’s name. 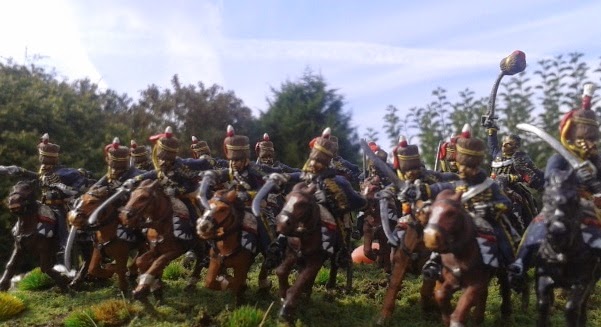 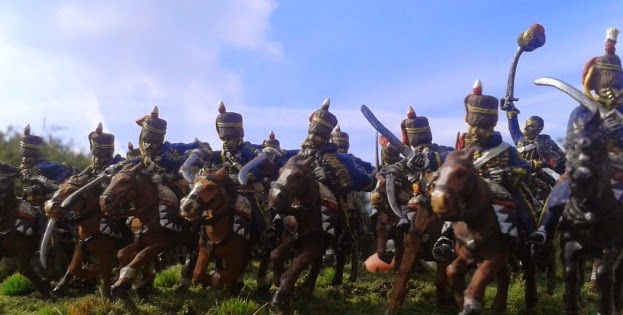