Farewell to the Union Brigade?

I'm currently putting the finishing touches to the 1st Foot (Royal Scots) 3rd Battalion who were part of Pack's predominantly Scottish brigade in the Waterloo campaign. The brigade consisted of the 1st, the 42nd (Black Watch) and the 92nd (Gordons) - only the 44th (East Essex) were a non-Scots regiment, it's a pity they couldn't have been swapped with the third kilted regiment - the 79th (Camerons) who were in Kempt's brigade.


Anyway, it's weird to think that by the time I finish painting and basing this lot (hopefully by Friday), they might belong to a "foreign" country.
I read somewhere that 95% of current Scottish servicemen would prefer to continue serving in the British army than join the new SDF of an independent Scotland. I can't imagine how it will all be sorted out - so many regimental traditions, so enmeshed in being a part of "Queen and country" etc.It will be interesting to see - in the meantime here are some pics of my Scottish regiments. The 71st are missing, I have barely started painting them - maybe the next job!

Ironic too that a year short of the 200th anniversary of the legendary charge of the Union Brigade (the Scots Greys charging alongside the mainly English 1st Dragoons and the Irish (Inniskilling) 6th Dragoons), this Union may cease to exist. So here are some more repeat pics of Serjeant Ewart and his comrades, perhaps for the last time that we're all together! 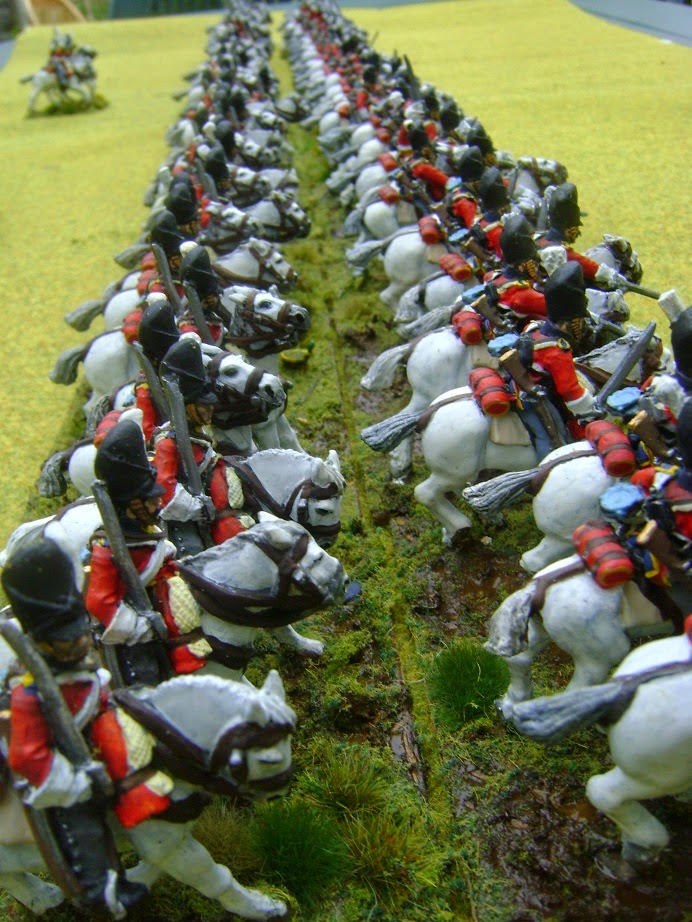 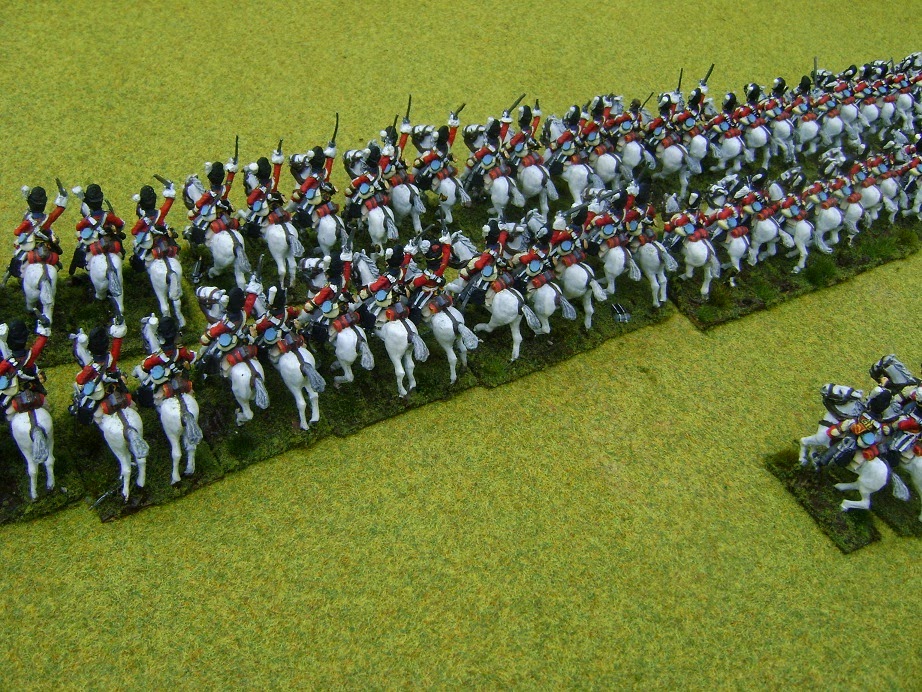 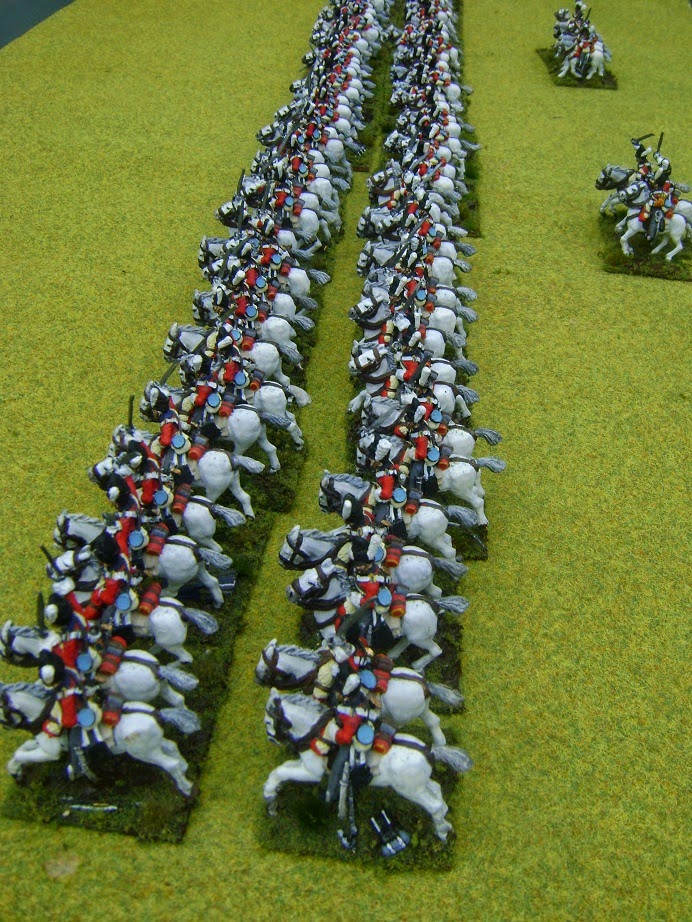 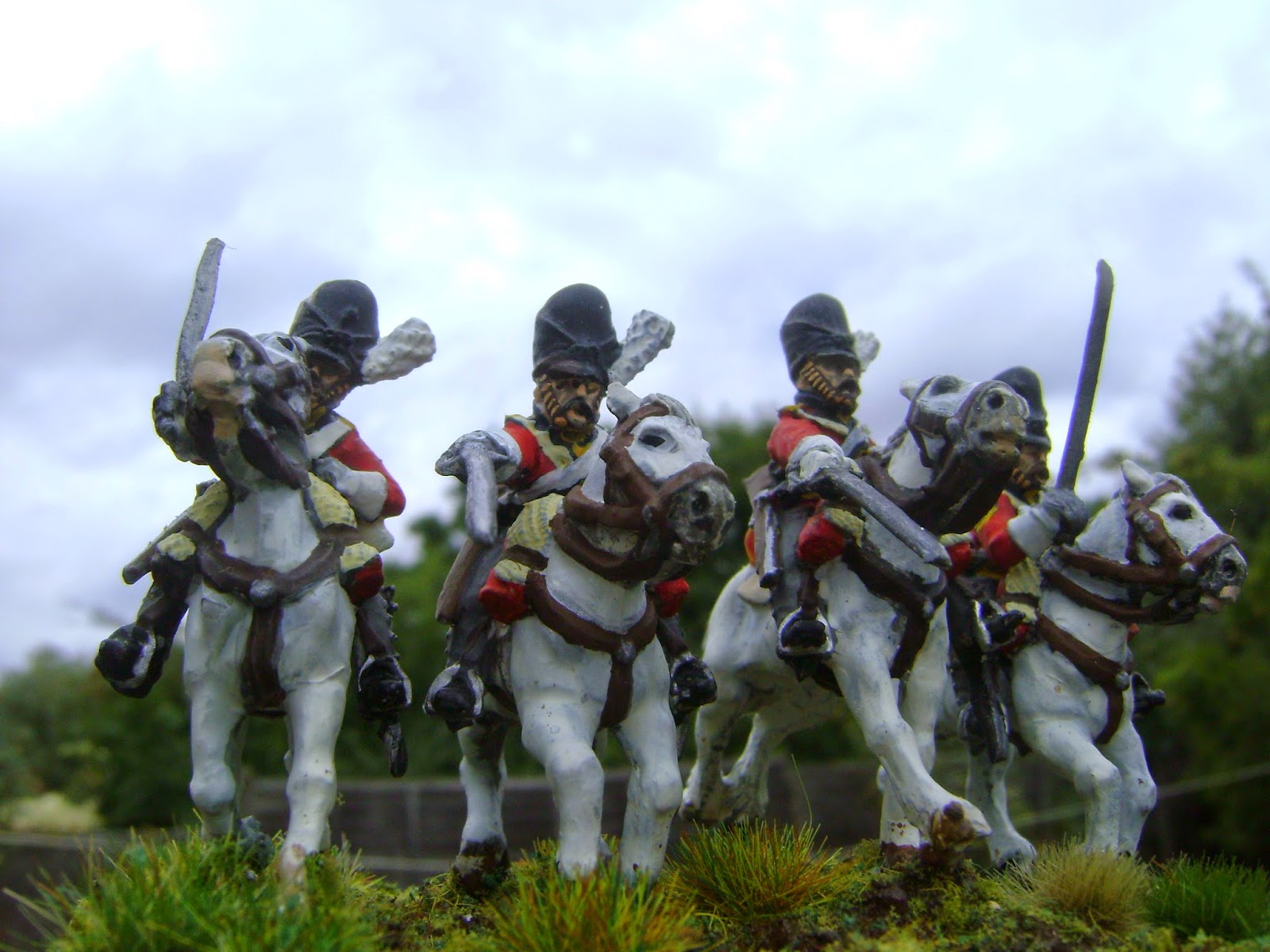