So I have finally completed moving into our new home and started to unpack all the boxes of my Waterloo army. Although I have been working on the British army for the last few years, I have always had at the back of my mind that they will need some opposition, and so have also picked up any French 28mm bargains I could find over the last 15 years or so.
This week was the first time I had all my boxes out of storage and I was able to do something of an inventory. I unpacked all the bits and bobs I had collected here and there over the years, and found that I have quite a French force! Here are two complete line infantry battalions of 600 men each. 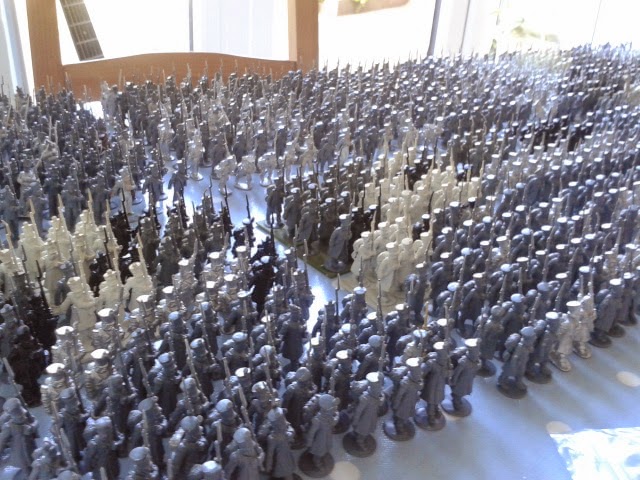 Years ago, when you could buy them individually, I collected about a hundred Foundry French, and used to think this was a massive army. Now, however, thanks to Perry and Victrix, the ranks have increased on a scale that would have been a thing of fantasy when metal was the only option.
I would love to paint these - all those greatcoats would be such a breeze compared to the horrific intricacies of British infantry lace/tartan etc - but they will have to wait, I mustn't get sidetracked! Maybe I can start on them in another 20 years or so!

The new place has a shed (hurrah!) and a garden where I have been enjoying painting, after my dark old flat it's such a pleasure to finally have some light! 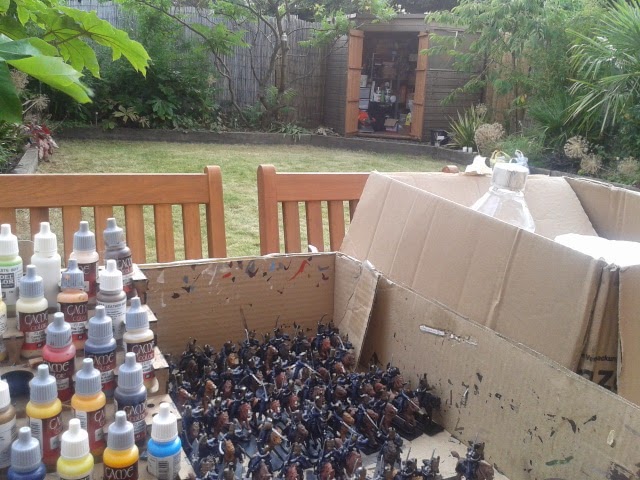 The new project is the 7th Hussars. Again, these have been amassed over many years, starting off with Foundry, but plastic Perrys have certainly made things more affordable and added such a wonderfully infinite variety of poses. 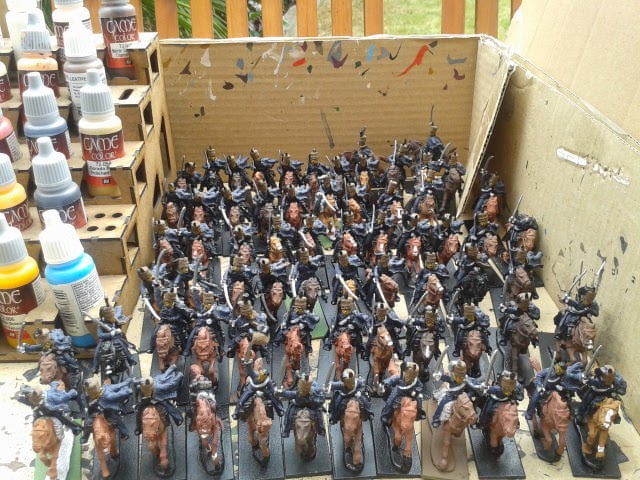 Early days for this lot obviously, but I'm enjoying painting more than ever before - the new experience of sitting outside in my own garden - with a beer/tea and cake - well, it takes some beating.
Updates of progress with the 7th to follow soon I hope.
Posted by Lord Hill at 14:27