Been rushing to get these finished before the deadline of the Analogue Hobbies painting competition. Stayed up late doing the final touches, then spent all morning basing them, only to find the competition had ended already! Oh dear, 400 points! Never mind - it's been good to have a bit of stick and carrot to urge me on!
So here are four battered companies of the 69th Foot at Waterloo - they took a hammering at Quatre Bras having been caught out of square, the extremely high corn causing them to not see an oncoming mass of Curaissiers. Of all the research I've done at Kew over the past 13 years, the discharge papers of men of the 69th are among the most striking, bringing to life the horror of the 16th June as those big horsemen crashed through the corn, sabres slashing downwards, the rookie troops of the South Lincolnshire bolting for their lives. The documents tell the terrible story of these men (or mere boys), you can almost see them trying to fend off the terrible blades. - Private James Cunningham discharged 1816 aged 22 "in consequence of wounds to head and hands"" - Private Timothy Mulcahy discharged 1816 aged 19 "in consequence of extensive scar on the scalp and over the right eye which is greatlly impaired". 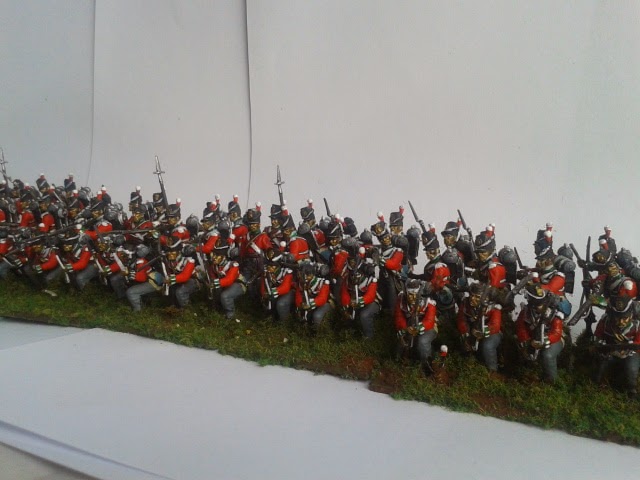 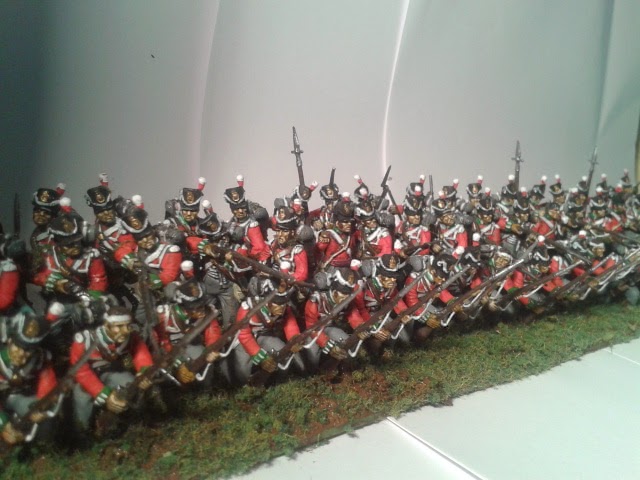 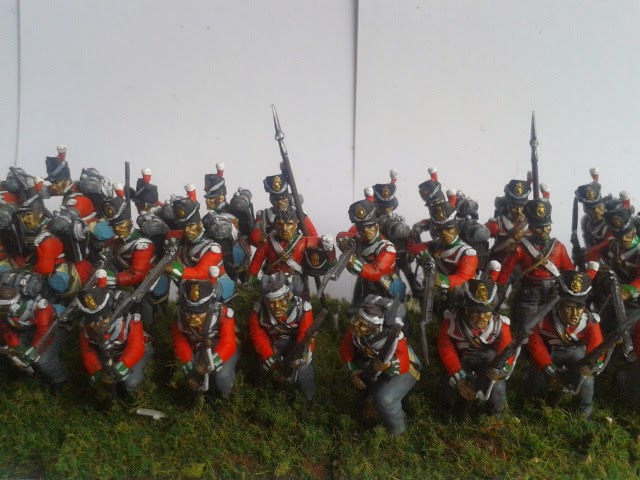 It was no wonder that the two squares of Halkett's brigade (so depleted were the 4 regiments that the 30th formed up with the 73rd, and the 33rd formed up with the 69th), were somewhat shakey to say the least two days later at Waterloo.
At least one, possibly both squares broke, at Waterloo and I many accounts remark on the number of men slipping away and making their way to the rear, some wounded but some just too terrified to stay in the front line.
So here are men of Halkett's brigade  - a mix of the 73rd, 30th in this instance - showing a clean pair of heels.
Here Corporal Richard Brown of No.3 Company, 30th Foot tries in vain to halt the stampede of men to the rear. From Weldon, Northants he had given his profession as "soap bailer" on enlistment. He was wounded at Waterloo and died of his wounds on 9th July. 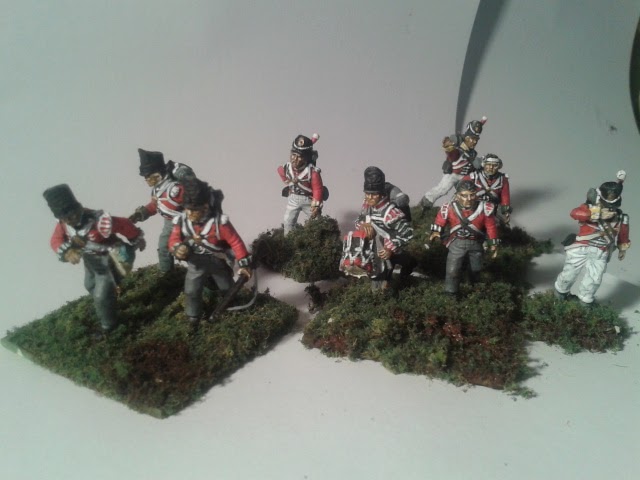 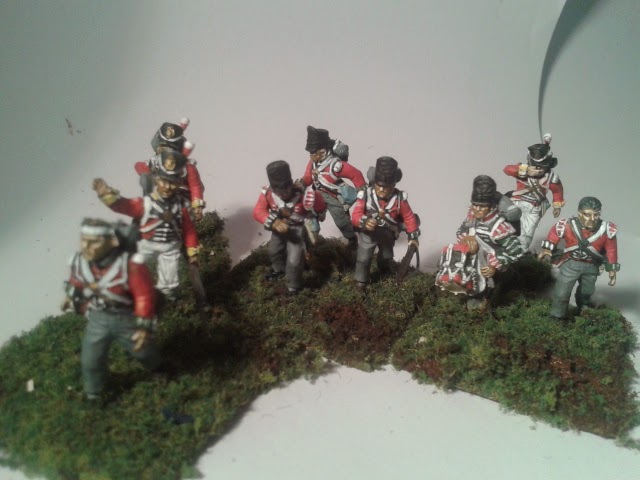 The chap with the bandaged head is Private John Cassells of the 73rd Foot. An Irishman from Ballyboy, Kings County, he was discharged in 1815 due to his head wound. Omitted from the medal roll (who knows why?) he was eventually awarded his Waterloo medal in 1848. 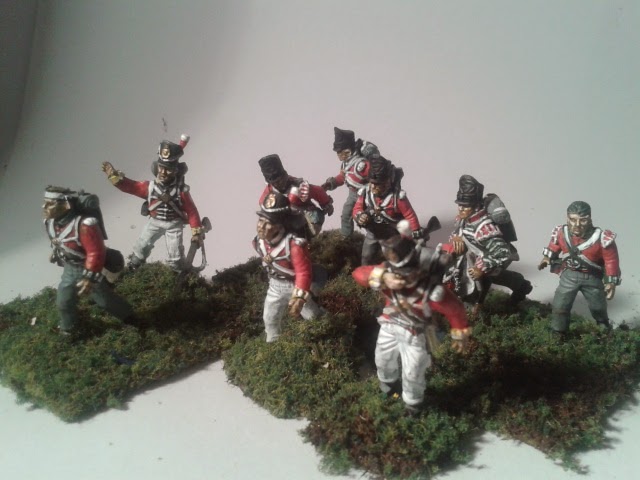 The poor chap in the foreground is Tipperary man Private William Ryan of No. 7 Company, 30th Foot.  He lost his left eye and was subsequently discharged in 1816.
Posted by Lord Hill at 14:52