I hate painting. Apart from maybe doing faces, there's not one bit of it I like. But the love for the finished unit drives me on and so I've been trudging onwards - more white lace, more redcoats, on and on. At the moment I'm working on the Grenadier companies for the 30th, 33rd, and 69th Foot. I didnt have enough Victrix kneeling figs so the front row are Foudry figs with Victrix heads stuck on.

What I do love is assembling plastic figures, especially making my own creations like a cackling Doctor Frankenstein. So, with the rain lashing at the windows, flashes of lightning and loud rumbles of thunder outside, I have been enjoying a break from painting and put these colonels and adjutants together. I've just put them on some horses that were lying around but I'll be finding them a better fit in the saddle. 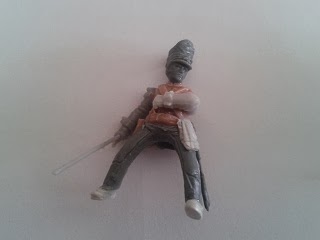 Lieutenant John Lloyd of the 73rd - wounded at Quatre Bras but able to take over as Adjutant from Ensign Patick Hay who had been more seriously wounded. 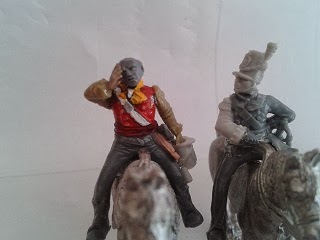 Here is Lt-Colonel William Elphinstone who, through my research, I believe to have been an utterly useless commander of the 33rd at both Quatre Bras and Waterloo. Thirty years later his dithering ineffectual command would lead to the worst disaster in the history of the British army - the massacre of 16,000 troops and civilians in the retreat from Kabul by Afghan tribesmen.
I wanted to evoke an air of beleagured despair and I'm quite pleased with the result. Mounted beside him, hoping in vain for some strong leadership, is the young Ensign & Adjutant William Thain. He was wounded at Waterloo but survived,  only for Elphinstone to get him in the end - he was killed at Jugdulluk Pass, Afghanistan, 12th January 1842. 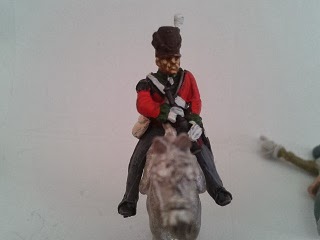 Adjutant Henry Oldershaw of the 69th Foot. An older man promoted from the ranks (often the case for adjutants) - he switched to the 33rd in 1832 becoming their Quartermaster. 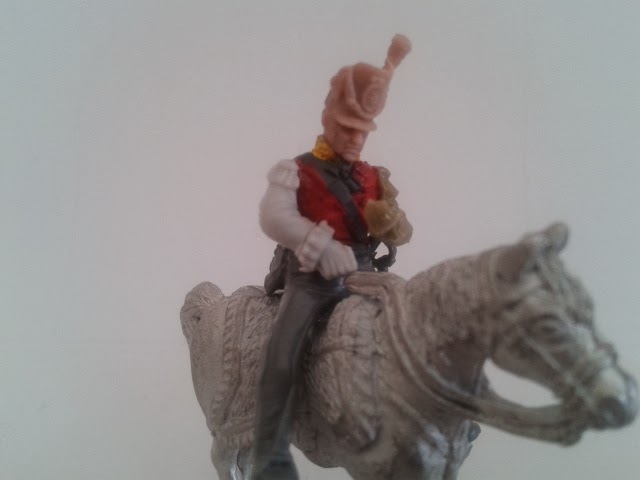 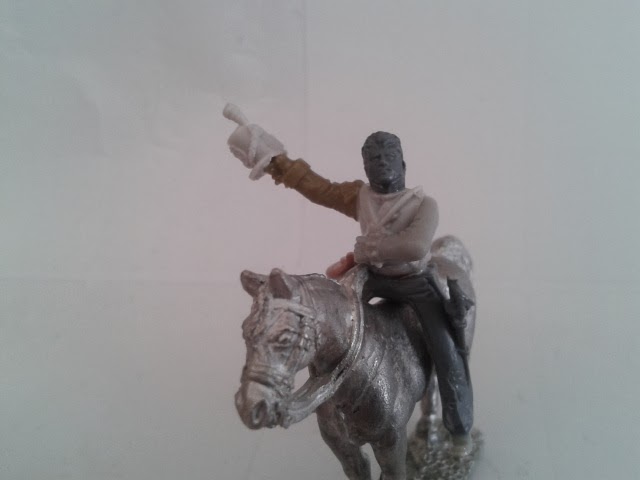 Adjutant Mathias Andrew of the 30th.


I'd be quite happy to make more of these if anyone likes them. Just send me some cavalry legs and a stamped address envelope and Ill do the rest!