On it goes - broken the back of the buggers now and the end is (maybe) in sight.
I'm still not sure how to base them - I think I'm going to have to have one row kneeling (not 2 as I know was correct) and 3 rows standing. At the moment I have a front rank kneeling, second rank firing or presenting, third rank with muskets raised skyward and fourth rank either at the ready or resting. I'd welcome anyone's thoughts on this. 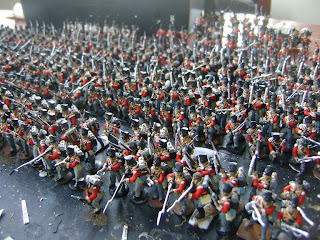 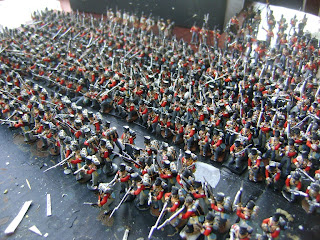 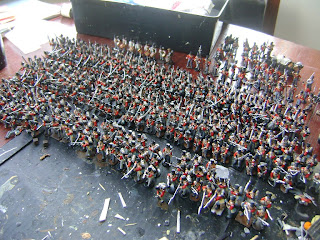 As always, still plenty to be done - but at least most of the incredibly tedious lace is now finished. 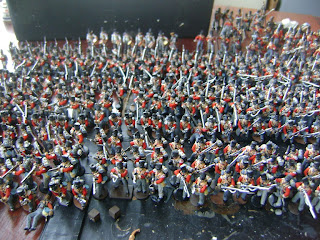 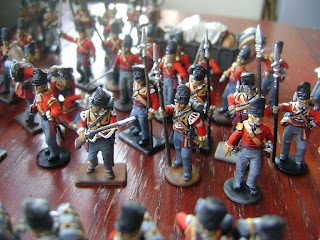 One of the best accounts of the 40th comes from Serjeant William Lawrence of the Grenadier company - I fancy this might be him in the centre of the pic. He served with the 40th in South America, the Peninsula and 1815. His writing is very much an infantryman's point of view - he spends as many pages describing the finding and preparation of a ham and two chickens after the battle as he does in the combat itself.
Posted by Lord Hill at 07:26