This is, of course, a bit of a lie - they're not finished: I still have to base them and there are still a few drummers, serjeants' stripes, sword pommels and missed bits here and there to complete. But for the moment, they're going back in the box and I'm going to move on. My job has really picked up recently so I haven't had much time, and the 40th have kept me busy since Christmas.
The blogger stats show this site popping up on all sorts of wargaming and modelling forums - French, German, Canadian and others - and its amusing/weird for me to read people discussing my project. The two most prominent sources for discussion are a) I'm mad and b) I'll never finish in time for June 2015.
The first point may be true but as far as b) goes - no, of course I will never get close - I'd need several more lifetimes and triple my meagre salary to manage it but I love doing this - for me it's the history of each, ordinary, forgotten individual that I find fascinating, far more so than analysing grand scale tactics, the battle itself and so on.

So here are the 40th Foot forming square one last time before they go back into a box for a good while. 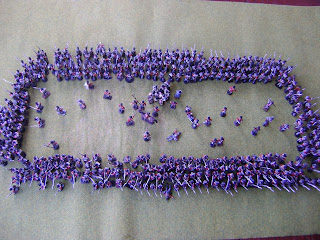 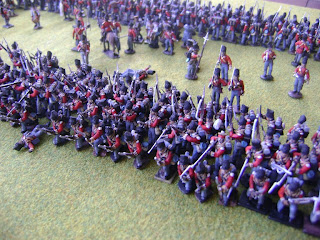 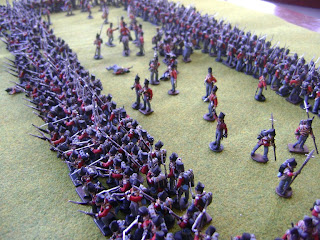 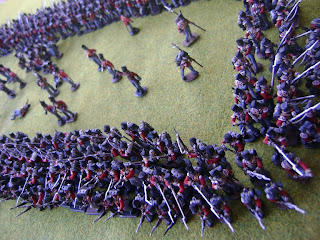 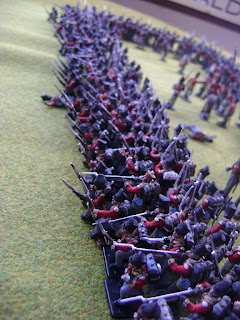 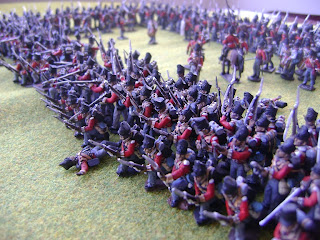 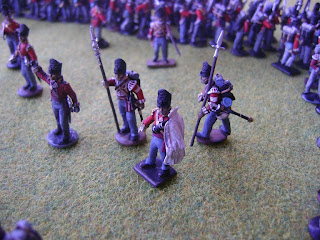 I'm not sure what to do next; I have a choice of the following:
1) One of the 3 Rifles battalions - all that green would make a nice change
2) Scots Greys - I haven't started on the heavy cavalry yet, and I should get a move on
3) a Horse Artillery battery - I don't have many figs yet, I was keeping fingers crossed for plastic one day. I've done an RA battery already (as you can see here) so one from the RHA would be nice.
4) one of Halkett's regiments (30th, 33rd, 69th, 73rd) - bloodied and much reduced (thank heavens!) from Quatre Bras - I'm using all Victrix for these.

I don't know if enough people read this to actually have a poll - but please, if you see this, it would be fun for me to hear your opinion and I'll use that to make my decision. It's as good a system as any even if there's only a couple of votes!