I've been trying to see what the 92nd would look like when at Waterloo, as descibed in the regimental history, they formed line, "two deep" and advanced. Turns out I do not have a table long enough to attempt this! So, for the moment I have taken some pics of two lines, two deep.
Work still in progress but they're coming along. 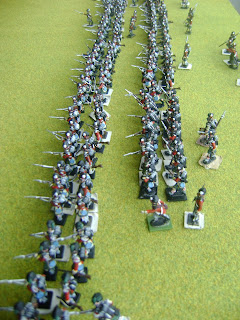 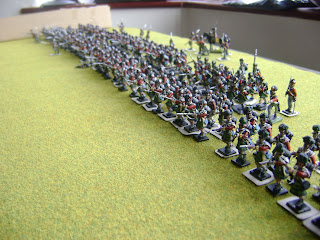 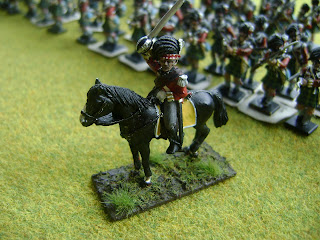 More terrible photography I'm afraid, though I could blame the atrocious British weather - not much light even on an August bank holiday!  Here, the light company can be seen in the foreground at the extreme left of the line. 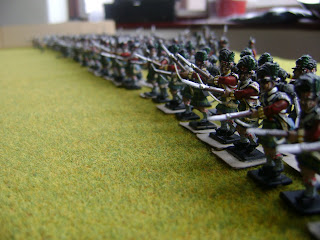 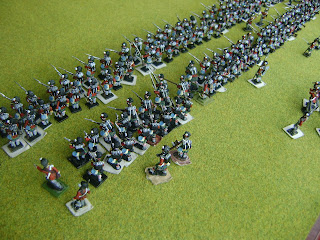