What do you do when you've got a load of plastic spares - British artillery arms, French pre-bardin bodies, and French Old Guard Grenadier heads? It occured to me the other day that, with a bit of tweaking, they might work as a battery of Old Guard Foot Artillery (at 1:1 scale, of course).
I also had some old Essex artillerymen who could be pressed into service so I set about cutting and gluing and, after lots of experimentation, and nearly cutting my thumb off at one point, I'm actually very happy with the result. Here are the 6 crews - 4 x 6-pounder guns, and 2 howitzers. 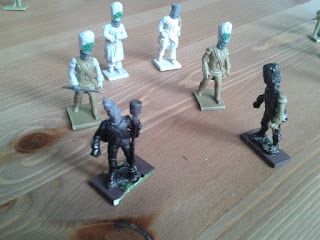 Crew 1 - the black figs are old Essex metals, everything else is Victrix plastic, with some Perry faces/heads 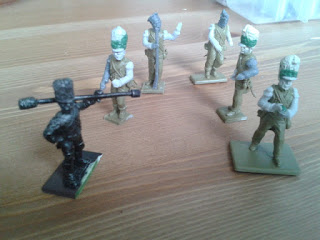 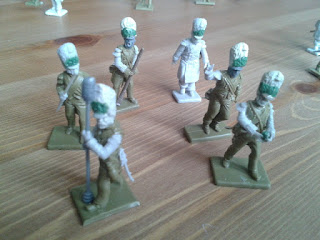 Crew 3 -  a green stuff canonball for the loader 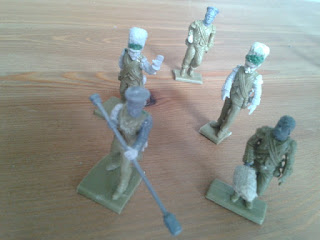 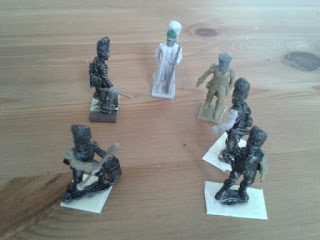 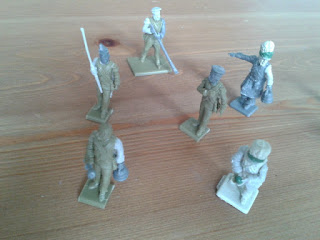 I know, of course, that Victrix have just brought out a great-looking artillery set, and I will buy the Bardin set when it comes out, but I personally get a lot of satisfaction from using up leftover bits and bobs (though Steve and Julian at Victrix are probably less keen on this practice!).

The trickiest bit was adding a peak to the bearskins - at the beginning, I used peaks cut off from spare Victrix shakos and these worked ok (see these two examples below). 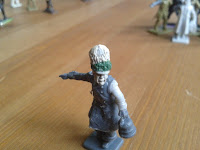 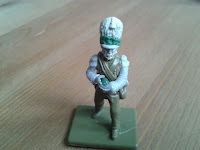 But then, having done over half the peaks like this, it occured to me that it would be much easier to cut off the whole lower half a head and stick that to a severed bearskin. See below: 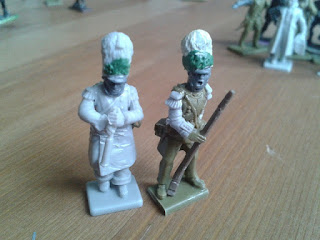 I also made up some extra gunners, the guys who pulled the ropes to get the guns back into position, and a couple of officers. 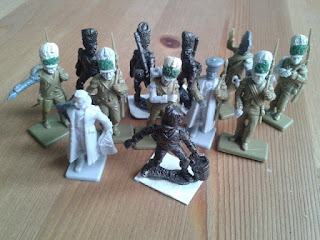