I started this project in 2010 with the aim of representing each of the 31,500 British soldiers (and god knows how many horses, cannons, wagons etc.) at Waterloo in 28mm. Realistically, I would need several lifetimes to achieve this hasn't stoppped me from trying.

I had planned to get something special ready for the 200th anniversary but various factors combined to mean I have done no painting since March. Representing every British soldier at Waterloo with a 28mm figure originally came from my other loony pursuit which has been researching those men and compiling a database listing all 31,000 by company and troop and collating as much info on each man - birthplace, birthdate, profession, dates of enlistment and discharge, wounds, etc. This has been done over 15 years, and has involved countless trips to the Public Record Office in Kew.
Originally, I thought it would be fun to make a whole company in miniature and label the underside of the base with the actual individual's name. This then ballooned into maybe doing a whole battalion...and so on.

The main reason that I've done no painting since March has been due to spending more time with the research and trying to put a website together in time for June 18th. This is now up at www.waterloomen.com - it offers a series of booklets by county and regiment (to follow soon), a look up service for researchers, and a complete list of the British soldiers who lost their lives at Waterloo - the first time this has been done, as far as I know.

The first county booket is already on sale, I've been on Northants radio and in the papers, and the second publication (Leicestershire) will be ready soon. But I'm already missing the painting project and the itch to get back to my brushes has this week been exacerbated by the release of more fantastic Perry plastics; this time British Light Dragoons.
Before plastics came along, the idea of doing all 31,500 men had always been a pipe dream - but Victrix, Perry and Warlord have made the impossible seem more feasible (though I will still need to sell a kidney to buy all the figures I need, never mind find the time to paint them all).

But why let reality get in the way? My first five boxes of Light Dragoons arrived on Friday and I spent this morning cutting the figs off the sprues and assembling the horses. 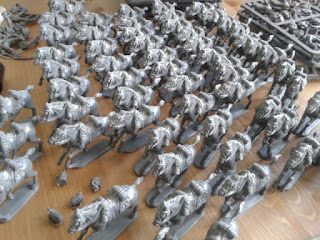 They are lovely figs, as all the Perry boxes are, but this set is even more generous as it contains different legs, torsos and heads to make different periods of uniform. While I actually hate doing all the painting - I LOVE assembling the figs - especially doing conversions - and trying to come up with new Frankenstein creations. Hence my excitement on looking at this set and seeing the spare torsos and the potential for some creativity - Royal Horse Artillery?

I recently had a stocktake of my British artillery - accrued bit by bit over the last 15 years - and found I had actually got TOO MANY Royal Artillery! There were five batteries in action at Waterloo but I have somehow collected enough guns and men (thank you Victrix) for at least six! Oh well, the surplus gunners will have to be Cleve's KGL battery.
However, the rollcall of the Royal Horse Artillery was far less healthy - I had only enough gunners and limbers etc for 1 battery of 6 guns. So, on looking at the pre-1812 uniform and Tarleton helmet of the new Light Dragoon plastics I felt there might be a nice (cheaper!) option to bulk up this number. I found some spare bodies and arms from other sets and set to work.


Here then are the fruits of today's tinkering: some drivers, gunners, and horse holders.


They still need some tidying up but I'm quite pleased with them.

Hopefully there will be less of a delay before the next update on this blog - if only real life didn't get so in the way...

p.s. here are some more conversions - this time a hussar orderly watering the horses!, a mounted Rifles officer, and two standing light dragoons - an officer and a bareheaded orderly serjeant. 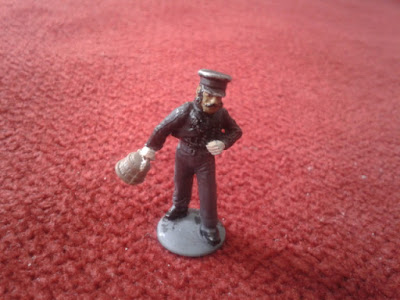 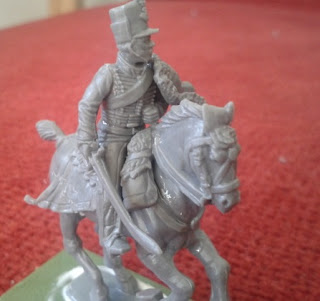 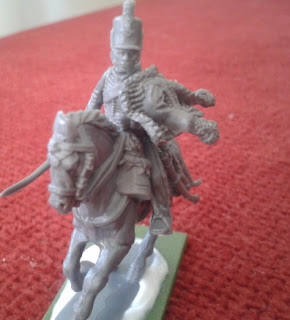 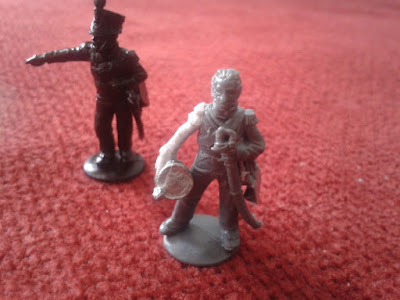