Here are some (terrible) pics of the 73rd Foot which are now nearly finished, I just need to finish the Grenadier company and then do all the basing. Oh and the light Company who will be out skirmishing with the rest of the brigade's Light Bobs. 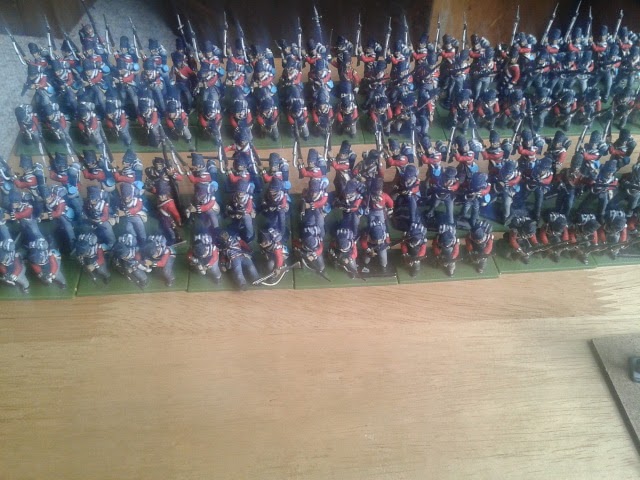 The 73rd were so reduced after Quatre Bras that they joined up with the 30th to form one amalgamated square, so what you see above will - one day - be one long side and one short end of a square. 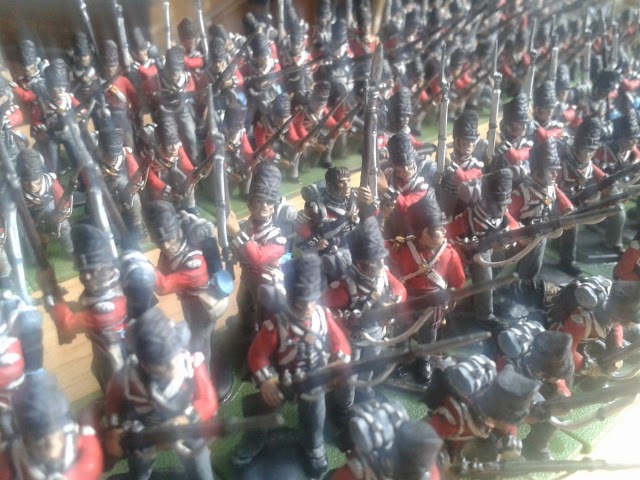 I don't know what the strange streaks of light are! 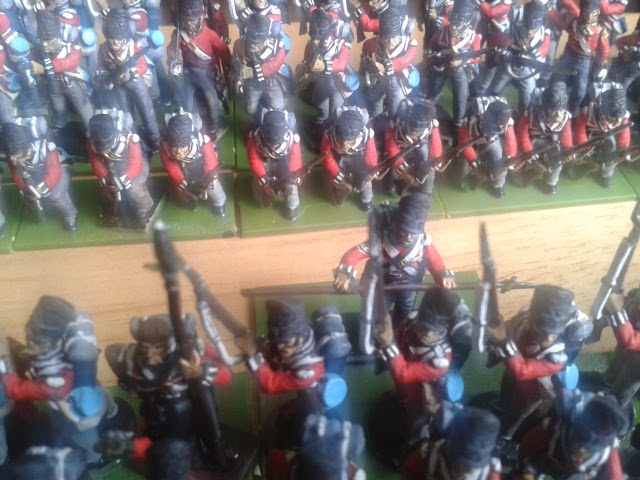 Here's a Serjeant Luke McLaughlin from number 8 company keeping the lines straight with his pike!
McLaughlin, from Leitrim, survived Waterloo only to die in Ceylon in 1819 of yellow fever, like so many other men of the 73rd. 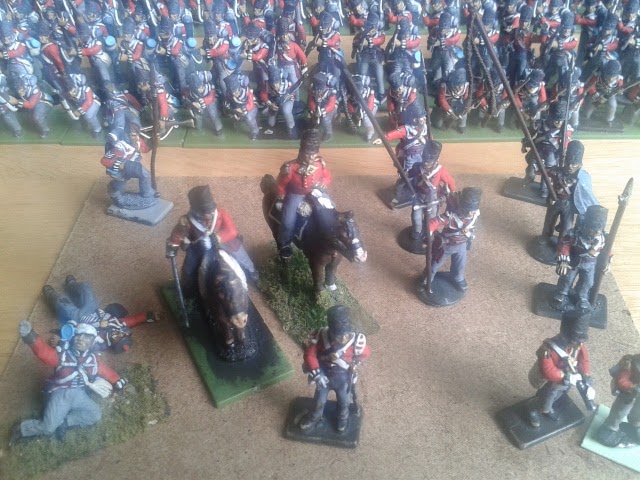 Here's the 73rd's command base - I will probably add plenty of other bits and bobs and try to get a cluttered, chaotic look - the squares were so small, and the wounded so numerous, that eye-witness accounts describe the interiors as being very crowded. The four Colour Serjeants are Samuel Lowe (wounded through the thigh), John Meade "the tallest man in the regiment", Alex Muir (killed), and Thomas Scarret (grape shot wound to right arm). 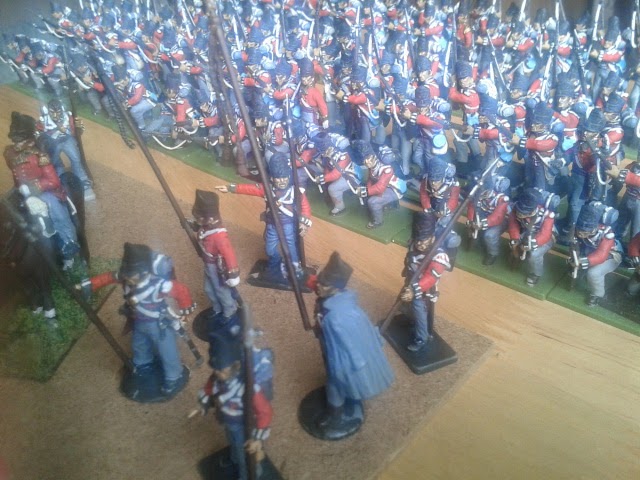 I'm looking forward to one day adding the regimental colours. The Ensign on the left is Aldworth Blennerhasset (aged 18) who by the end of the battle was commanding a company and to the right the dapper chap in the overcoat is Charles Russel Page (aged 19) who was killed. 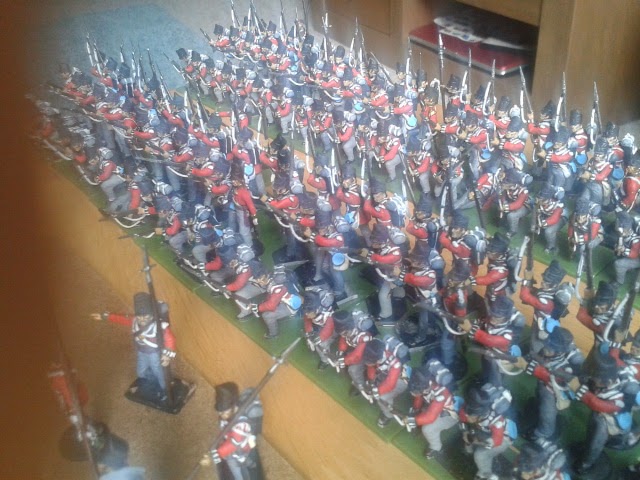 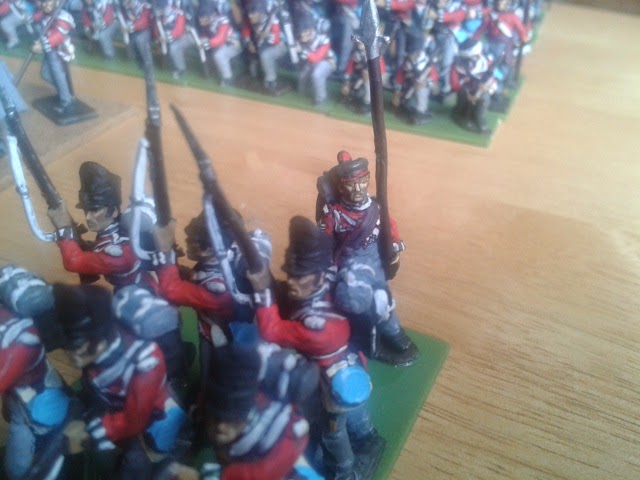 Old habits die hard - although the 73rd had stopped wearing kilts many years before this serjeant, John McLean of Berwickshire continues to wear his sash in the highland style across his shoulder. 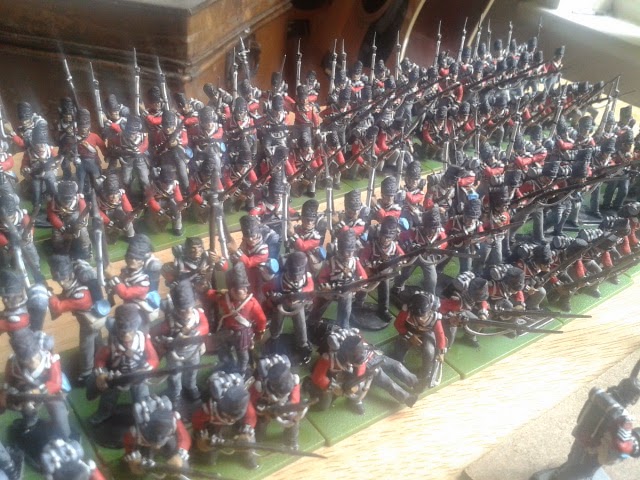