My second box of Warlord British infantry have arrived, 1815 this time, and very nice too. There are more great metal command sculpts - I love this officer and serjeant. 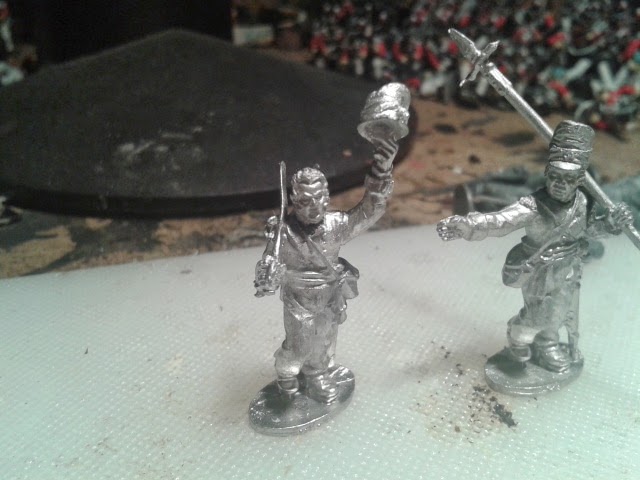 The serjeant's left arm comes with the pike option (above) and a cane option (below). It's great to have some new options - the cane will definitely be put to good use for some figure in the future. 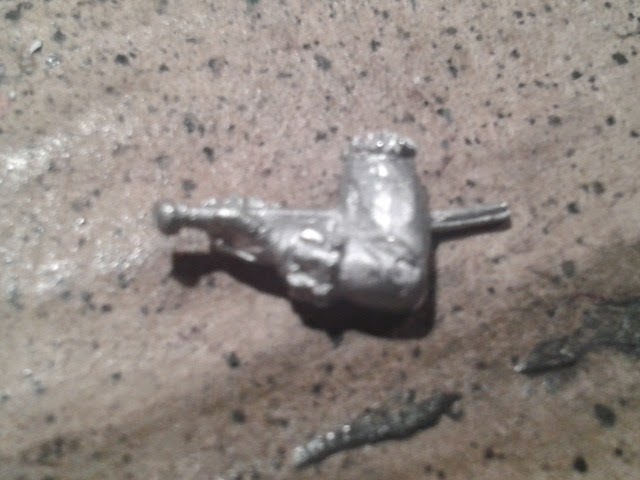 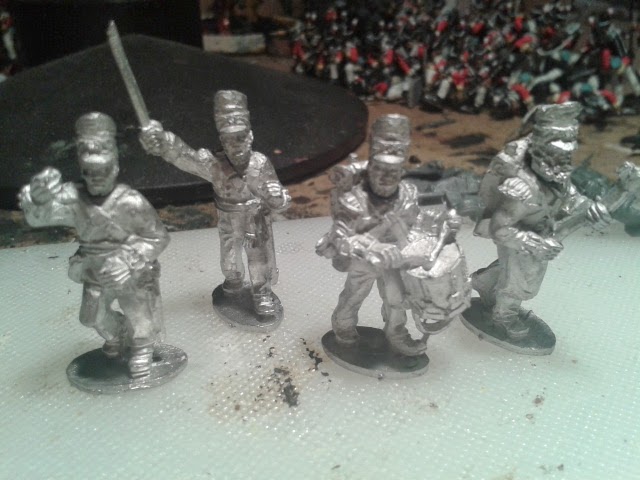 Here are the other metal figs - ensign, officer, drummer and pioneer. 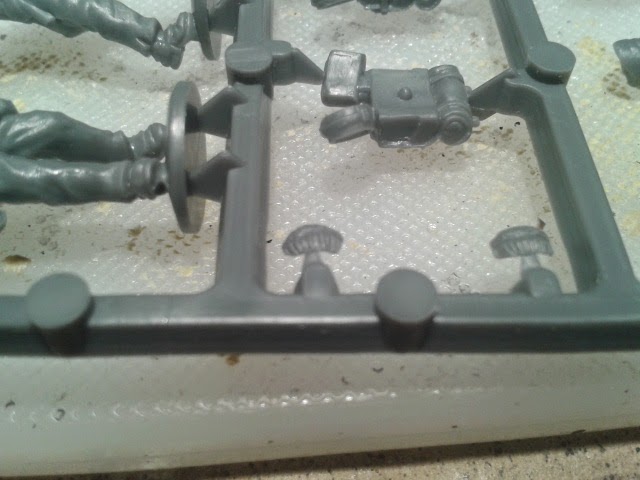 Flank company figures are included in the box but each sprue also contains these epaulettes which can easily be added to create more flank company men as needed. 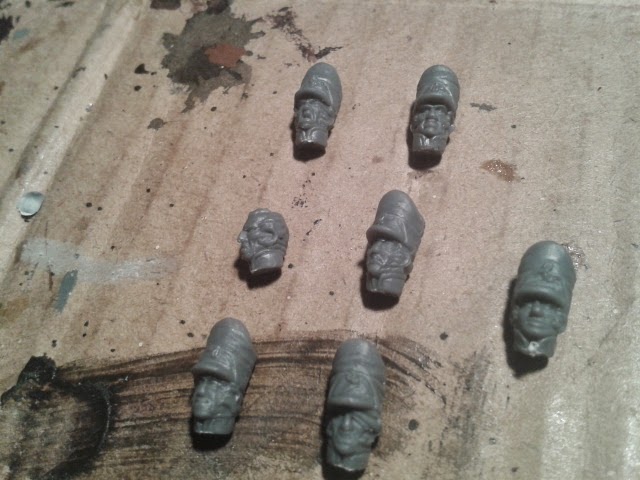 I can't imagine how many of the Perry and Victrix British infantry faces I have painted so far - enough to not want to paint any more, that much is certain. So it's a pleasure to have seven new visages to work on. Lovely character, absolutely top quality. 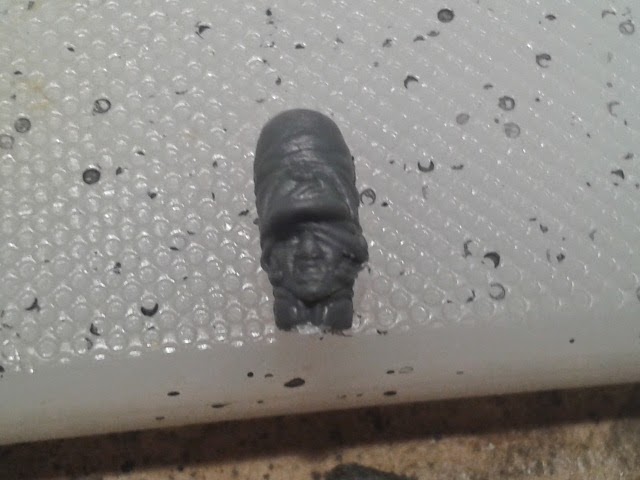 Love this chap - but his bandaged head means that, for my purposes, he can't join his chums in the 27th Inniskilling as they had not fought at Quatre Bras. Instead this guy will be joining the 32nd Cornwall, who I also have in covered shakos and who appeared at Waterloo severely battered from the earlier conflict of the 16th June. 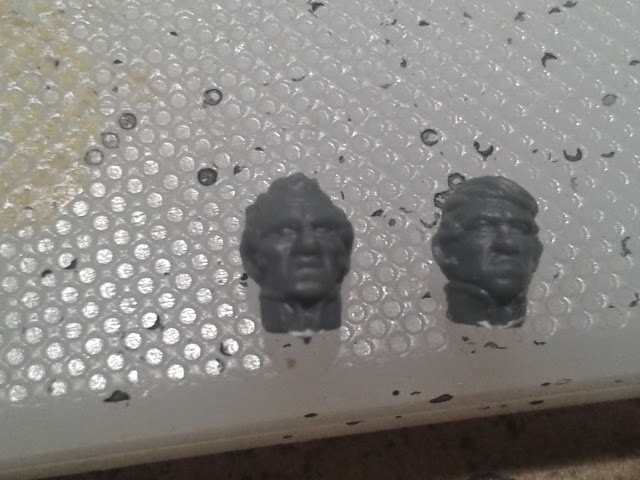 Including some heads from French sets, there are 4 or 5 different bareheaded options from Victrix and Perry plastics which I have used in various conversions - artillerymen hard at work, wounded infantrymen, staff waving their bicornes etc.
So it's wonderful to have these two new additions for future figs - the head on the left comes in the 1815 set, the head on the right from the Peninsular set. They are both lovely, clean sculpts, full of character without being too cartoony - and there's more than a touch of old Nosey for the chap on the left I think! 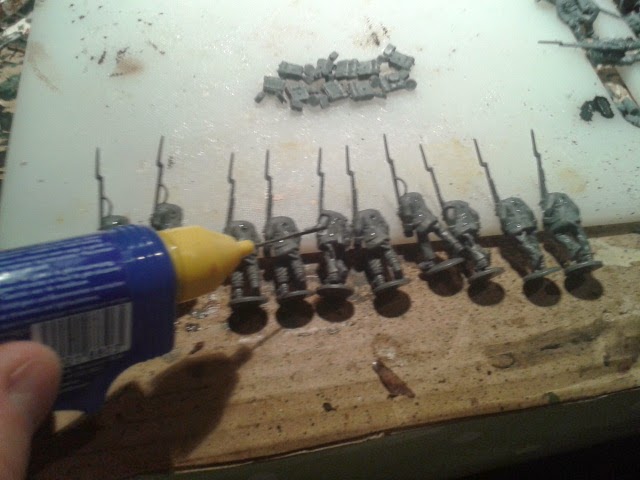 Overall this is a superb set of figs - very nice detail and extremely easy to assemble.  I lay the figs out in lines of ten, then apply glue to their backs. Stand them up and do the same for the heads and the whole box can be put together in a few minutes.
Posted by Lord Hill at 13:39