Here is No.1 (Miller's) Company 2nd Battalion 95th regiment as they pour volleys into the Chasseurs a Pied of the Imperial Guard in Napoleon's final attack. Those names in pink were wounded, those in red were killed or died of wounds. 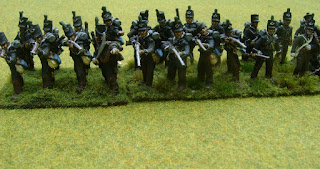 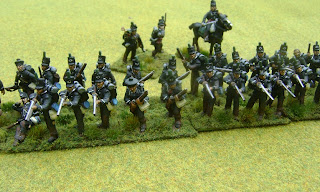 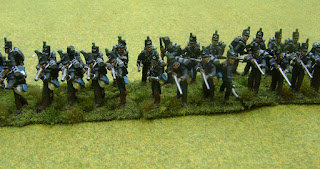 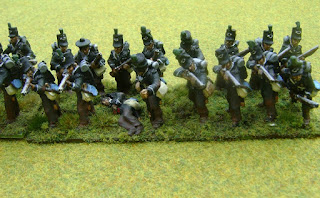 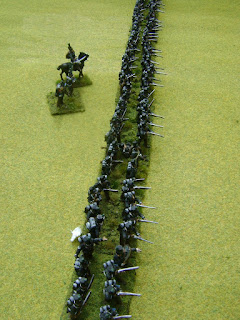 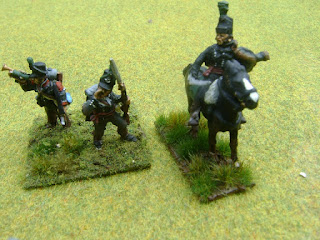 When Lt Colonel Amos Norcott had been wounded at 5pm, command had fallen to Lt-Colonel George Wilkins. who then "...whilst talking to the Duke in square prior to the final attack (of the Imperial Guard)  "both himself and horse were felled to the ground by the enemies [sic] artillery."

Thus Adjutant Smith may well have been the only mounted officer by the end of the evening (assuming his horse had not also been a casualty!)
Serjeant James Stanley, wounded in the final attack, had served in the regiment since 1805. He was from Sheepshead in Leicestershire, and aged 33 at Waterloo.
Posted by Lord Hill at 07:01