Treated myself to a lovely break from the endless red tunics and white lace. Here are some work-in-progess shots of Fullerton's Company as they advance towards the Imperial Guard, flanking the 71st Foot (who I have assembled also in advancing pose). With a nominal strength of exactly 100 officers and men they suffered 18% casualties. Still plenty to be done (tidying up that awful splodge cuff for one!) but these were an absolute joy to paint.
Figures are mostly Perry, with a few Essex and Foundry, some Victrix legs, heads and arms, and the odd Hinchliffe and Front Rank officer.
﻿﻿ ﻿﻿ 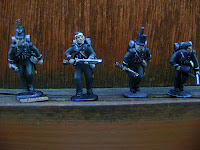 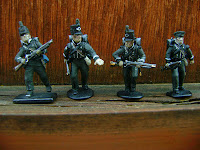 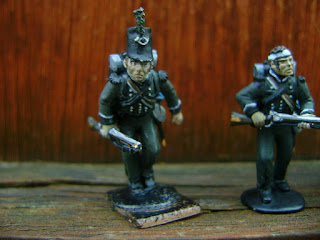 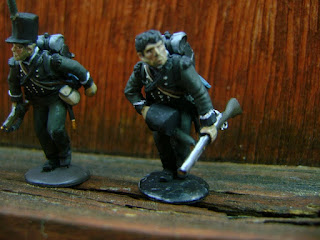 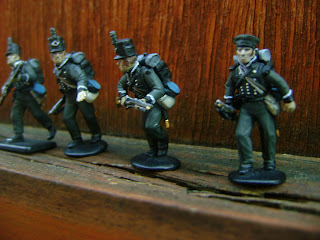