Work in progress on a company of 40th Foot. Hate buff facings and straps, very hard to get right. Also took these pics as the sun was going down, so light not good. Enough excuses. 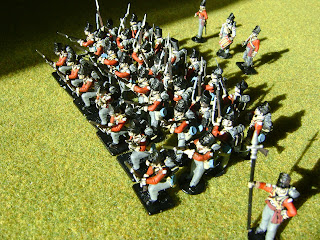 Number 1 Company had a nominal strength of 79 on 18th June. (so you can guess around 65 men in reality) - 32 pictured here. As the regiment was only moved into position late in the day (so maybe the long shadows are appropriate) it suffered relatively few casualties, and this company was especially lucky - only 6 men were casualties, with only two dying of wounds - Corporal John Smith and Private John Tatchell. 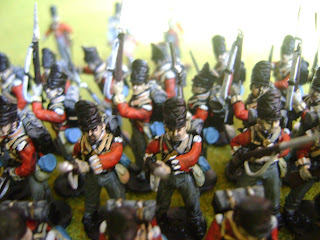 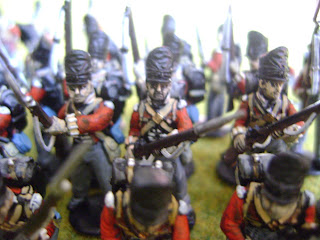 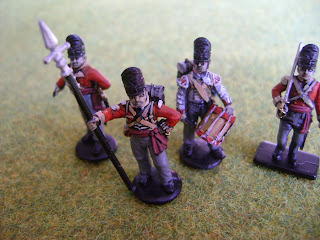 Serjeant Richenberg was an Italian born in Naples who had transferred into the regiment from the Chasseurs Britanniques, the cavalry regiment in British service whose ranks had originally been filled with Royalist French.  He continued to serve in the 40th Foot until 1830 when he was discharged to pension aged 40, intending to set up a new life in New South Wales. 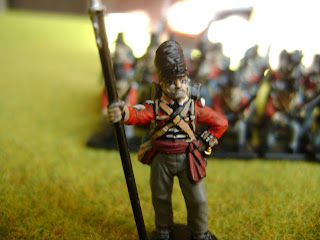