I was probably 10 years old the last time I laid an army of toy soldiers on the floor - I thought I might be able to take some pics of the whole 79th battalion in firing line but discovered my flat is too small! 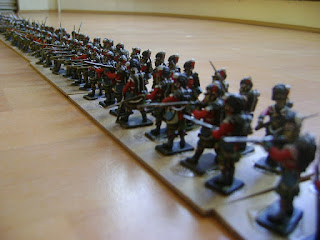 The whole line is about 12 foot long and the best I could do was get 8 of the 10 companies running along the mantlepiece and a shelf. 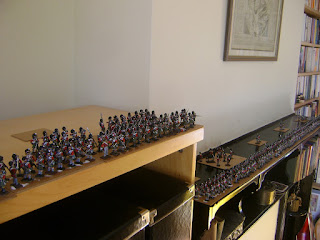 This still left a couple of companies doubled up behind which was a pity, I'll have to find a better location to take pics someday. 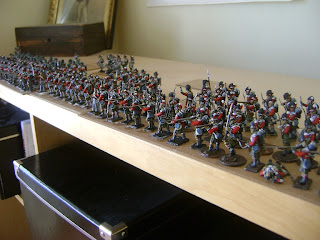 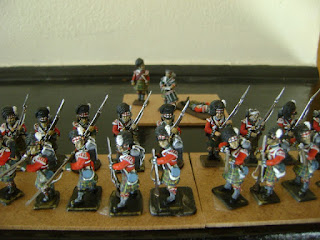 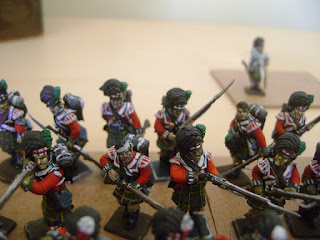 Some of the light company, badly shot up two days earlier at Quatre Bras. 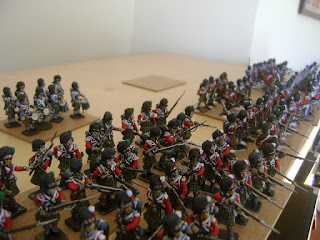 The Battalion's centre company drummers, regulations stated that they should form up behind No.7 Company. 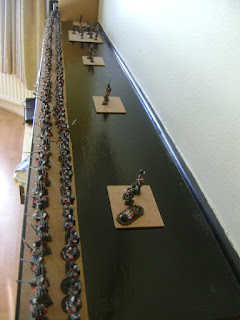 Still missing a few NCOs to be added to the smaller bases later, along with some debris etc 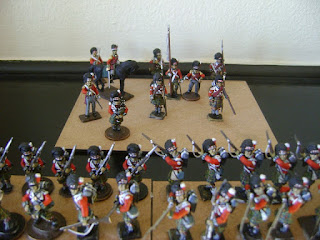 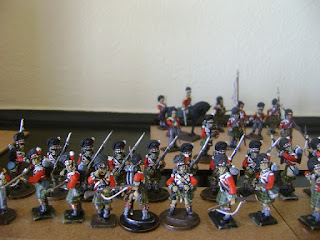 Some bawdy fellows from No.4 (Lieutenant Donald McPhee's) Company

The next steps will be to finish the mountain of "last touches" for the painting - mostly the rear rank which I haven't glued on yet. I also need to sort out the flags.Then there's the actually basing with grass tufts etc. I'm not very good at it but it's the part of the process I probably enjoy most as it brings everything to life. The last step will be to print out the names of the men to stick under each base.
Posted by Lord Hill at 06:15